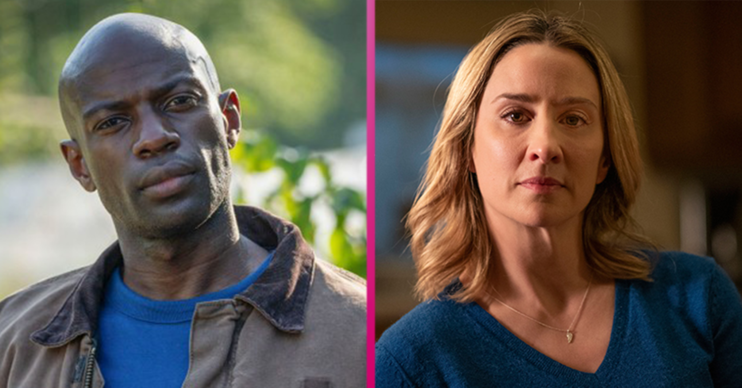 Who is Ben in The A Word? Here’s why Alison’s love interest may look familiar

David Gyasi has a glittering film and TV career

Ben Chambers is the man that’s put a smile back on Alison’s face in The A Word.

She’s been struggling since her divorce from Paul but it appears she may have found love again.

In The A Word series finale, Ben deals Alison some unexpected news.

Culd this be the end of the road for the couple?

He too is the father of an autistic child – although Alison (Morven Christie) is yet to meet his daughter.

We’re yet to find out what happened to her mother but there are a few things we do know.

For example, Ben is absolutely smitten with Alison and owns his own gardening business in Manchester.

He also seems to adore to Joe (Max Vento) – but Paul (Lee Ingleby) doesn’t seem overly keen on a stepfather entering the picture.

Following her split from Paul, Alison has been blaming herself for breaking up the family.

“I’ve spent the last ten years fighting my son’s corner and I don’t regret that,” she tells her dad Maurice. “I know the fight in me is hard to be around.

“Maybe it just got to be a habit, maybe I’m always looking for the next fight.”

Alison also feels tremendous guilt about the impact the separation has had on Joe in particular.

But then she meets Ben – and her whole world is about to turned upside dow.

Who is David Gyasi?

If Ben looks familiar, that’s because actor David Gyasi has a glittering TV and film career stretching back almost 20 years.

On the small screen, he’s been in Casualty, The Bill, Doctors, Silent Witness, Waking the Dead, Doctor Who and Holby City – to name a few.

READ MORE: Does Maurice die in The A Word? Christopher Eccleston discusses series 3

He also starred alongside Angelina Jolie as Percival in Maleficent: Mistress of Evil.

Netflix fans may also recognise him as David in the movie Annihilation.

How does The A Word season 3 end?

The final instalment of The A Word series 3 is packed with drama.

It kicks off with Rebecca (Molly Wright) travelling up to Manchester to pay a visit to Joe’s (Max Vento) school.

She makes the journey after her little brother asks her to talk to his classmates about her pregnancy.

After worrying that her unborn may be born with autism, spending time at Joe’s school eases her anxieties.

But as the siblings traveling back home to the Lakes, she’s forced to pull over after going into labour early.

Making matters worse, her phone is out of battery and Joe becomes frightened when she starts screaming in pain.

Will the baby arrive safely with only Joe around to help?

Elsewhere, Ben asks Alison (Morven Christie) to join him for lunch to talk about their relationship.

Of course not everyone’s love life is so grim.

Maurice tries to save the day with a grand gesture but is Louise ready to take the next step?

Catch up on The A Word series three on BBC iPlayer