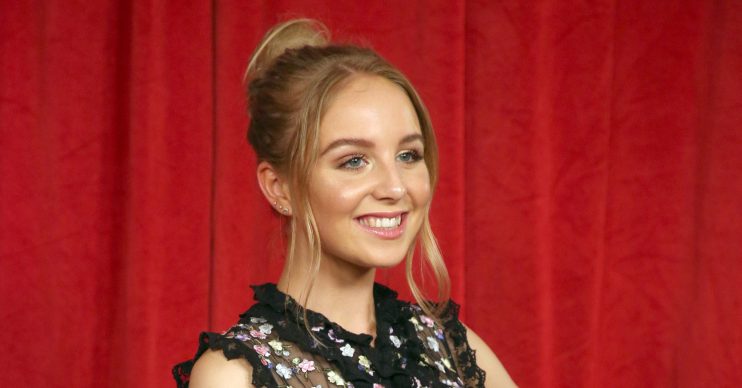 The first of herself and Ed laid on a dock on holiday and the second of them holding hands.

The first picture appeared to be from Eden’s travels with Ed and Isobel last year.

Whilst Eden is loved-up in real life, her alter ego Belle hasn’t always had the best of luck when it comes to dating.

After dating serial killer Lachlan White, who is now in prison, she moved on with Ellis Chapman.

However over the last few weeks, viewers have picked up on chemistry between Belle and her co-worker and friend Jamie Tate.

Recently Jamie split from his wife Andrea. After finding out Andrea was hiding that their daughter Millie may not be his, Jamie was devastated and was comforted by Belle.

This week, Jamie gave Ellis advice for getting Belle’s attention, leading Ellis to adopt a rabbit for his girlfriend.

But when Belle realised it was Jamie’s idea she had a go at the vet and told him to keep away from Ellis.

The scene left viewers confused wondering if they’ve missed something between the two.

However many fans have begged the soap for Jamie and Belle to get together. Do you want them to be a couple?