Emmerdale actress Eden Taylor-Draper has shared pictures from her holiday travels with her boyfriend Ed and co-star Isobel Steele.

Read More: Emmerdale fans call for Matty to be axed after vile behaviour to Victoria

Isobel, who has recently been on holiday in Barcelona and appeared to meet up with Eden in Slovenia, posted her own shots of them together having fun.

What a gorg weekend 🍻🌲

In one of her pictures, she, Eden and Ed are having drinks in the evening, looking glowing and sunkissed.

They appear to be firm friends off-screen and on it, the girls are sort-of family. Eden plays Belle, who is the second cousin of Liv's half-brother Aaron Dingle. 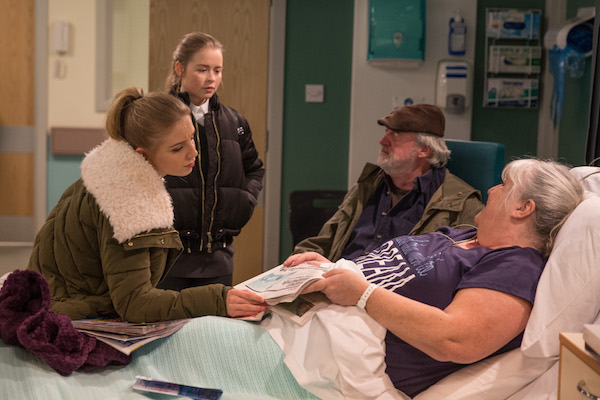 Eden, who has played Belle for nearly fifteen years, joined the soap in 2005 and during her time has had some hard-hitting storylines.

In 2014, Belle and her best friend Gemma fell out over Sean Spencer. Gemma slapped Belle who shoved her and Gemma fell back and hit her head on a rock.

Gemma ended up passing away and Belle was charged with murder and sentenced to three years, reduced to one, in a detention centre.

Belle was soon diagnosed with schizophrenia.

It was only when Belle caught Lachlan with Sam Dingle's blood on his sweater that she finally realised that her boyfriend was responsible for numerous murders in the village.

Belle tricked him into thinking she would run away with him then locked him in his car. In an ensuing chase Belle was knocked down by Robert Sugden's car but Lachlan was arrested.

Isobel joined the cast of Emmerdale in 2016 as Liv. 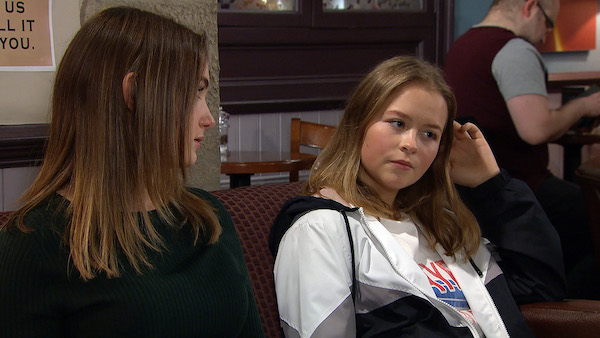 Read More: Emmerdale's Amy Walsh terrified Tracy will be killed in the fire

During her time, her character spiked Lisa Dingle's drink with ketamine and struggled with a drinking problem.

She recently discovered her ex-boyfriend Jacob was being groomed by his school teacher, Maya Stepney, who was in a relationship with Jacob's dad.