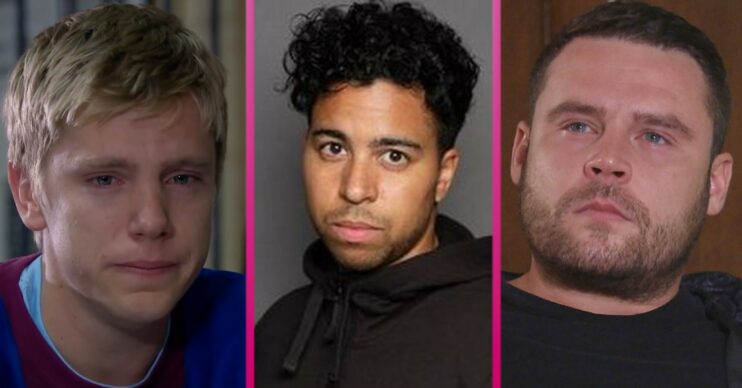 Viewers watched this week as Ellis Chapman left the village in a storyline that made absolutely no sense.

And he wasn’t the only one…

Never before has a storyline so convoluted been so badly mangled as Ellis’ exit.

A month before he was happily moving on with Belle Dingle and romping around the bandstand.

He didn’t even say goodbye to her in person.

Instead he got a goodbye from ex Priya and a ta-ra from his brother Billy and that was it – off to Australia where people can move to with a day’s notice.

If it wasn’t so ridiculous it would be offensive.

Years of dramatic storylines, scheming and affairs – and it’s a rushed murder confession that sees Robert Sugden off.

For some in the Emmerdale writing room, Robron could apparently only split apart if one of them was serving 15 to life in prison.

And so that’s what they did. Nothing like killing your sister’s rapist with a shovel to really drive the point home.

And why bother with a full investigation when Robert can just confess and leave for good.

And then he got moved to another prison and cut everyone off.

To try and comprehend the utter mess of Jamie’s exit we have to look at it in stages.

He accidentally crashed his car into a lake. Instead of getting help, he swam to shore, and ran away.

He then stayed away, stealing money from his business, and letting his small daughter think he is dead.

At some point he went to see his former mother-in-law and teamed up with her – after the murder of his ex wife.

She then went to get his daughter from his mother and brought her back to do a whole surprise ‘I’m not dead’ appearance.

If it’s not the worst exit story ever then it’s up there. Good lord.

Let this be a lesson that soap actors probably shouldn’t expect a nice ending when they leave a show.

Viv was a polarising icon in the Dales with millions of fans.

But that didn’t stop her big dramatic exit being her falling asleep on her sofa and being gassed by a house fire.

She didn’t even stir… Ouch.

By the end of his time in the village Aaron was pretty much used up like a 20-year-old dish sponge.

But even he deserved better than the mess they gave him.

A host of strings tying him to the village and a recently murdered boyfriend with his sister as chief suspect – what a perfect time to leave.

He didn’t even have a plan – he just packed a bag and drove off.

It made no sense, still makes no sense and is the reason recasting exists in soapland.