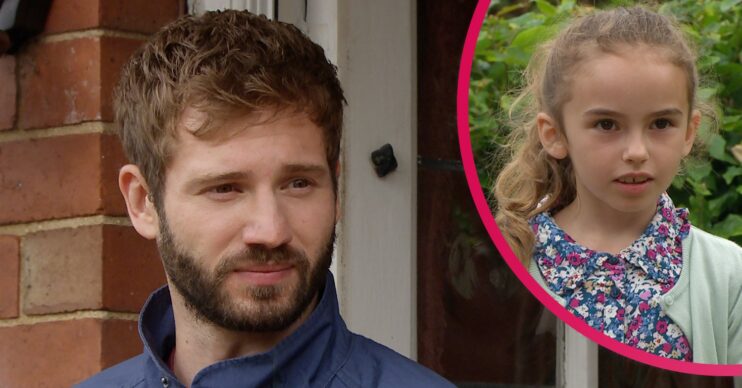 Emmerdale confirms Jamie Tate is alive – but is he returning to Emmerdale?

Emmerdale has confirmed that Jamie Tate is alive, but will he ever come back to the village?

In September, Jamie was leaving the village when he accidentally crashed his car into a lake.

His car was recovered but his body was never found.

In tonight’s scenes (Thursday, November 4) Jamie’s daughter, Millie, made the decision to go and live with her granny Hazel after the death of her mother Andrea.

Millie’s decision left Kim heartbroken, but Hazel told Kim she would bring Millie to visit her.

As they left, Kim broke down in tears. She later told Will she knows Jamie is dead as he didn’t turn up to Andrea’s memorial and it’s time to accept he’s gone.

However when Millie and Hazel arrived at Hazel’s house, Hazel had a surprise for Millie.

Soon Jamie was stood in the doorway. Millie was shocked but excited to see her father.

Jamie told his daughter he would never leave her again.

He then said to Hazel that he never as to go back to “hell hole” Home Farm and that Kim could rot there on her own.

But will he ever return? Is this the last we’ve seen of Jamie and Millie?

Have Jamie and Millie left Emmerdale?

The soap has revealed there are no current plans for Jamie to return to Emmerdale.

Although it looks like he won’t be coming back anytime soon, viewers now know he is alive and still at large.