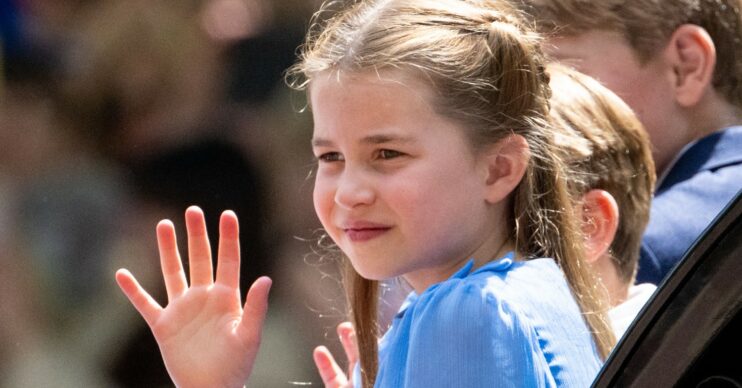 Is the princess missing out on her childhood?

A royal commentator has made a heartbreaking observation about Princess Charlotte following her good luck video ahead of the Euros final.

The princess, seven, was seen in a video with her father, Prince William earlier this week.

The pair took to Instagram to wish the England Lionesses good luck on Sunday.

In the clip, William wished the team luck before Charlotte told fans: “Good luck, I hope you win, bye,” and waved.

While the video got a positive response from fans, royal commentator Daniela Elser had a very different viewpoint.

She claimed that Charlotte appeared distant in the video. She also shared her heartbreak at the princess allegedly being pushed onto social media.

“William and Kate are devoting time, energy and budgetary resources to building up their social media presence as they inch ever closer to the throne. However, that is a path that involves their kids, whether they like it or not,” alleged the commentator.

“To be seven years old and on school holidays, and yet to be expected to take a break from your childhood to record a video in service of an ancient, stultifying institution? I’m not sure there are enough emeralds to make up for that.”

The youngest members of the royal family have always made public appearances.

However, in the age of social media, their royal duties are now more widespread than ever before.

The commentator went on to claim that such an “intrusion” on their childhoods is “unprecedented”.

The Cambridge kids having a whale of a time

However, a look at the other side of the coin would suggest that the three children – Charlotte and her brothers George and Louis – have had a marvellous time of late.

They appeared in a carriage at the Queen’s Platinum Jubilee, George attended Wimbledon and Louis certainly had fun when he appeared on the balcony and at the pageant.

And other royal experts have claimed that William and wife Kate are ensuring their children enjoy a “normal” upbringing where they feel “safe and secure“.