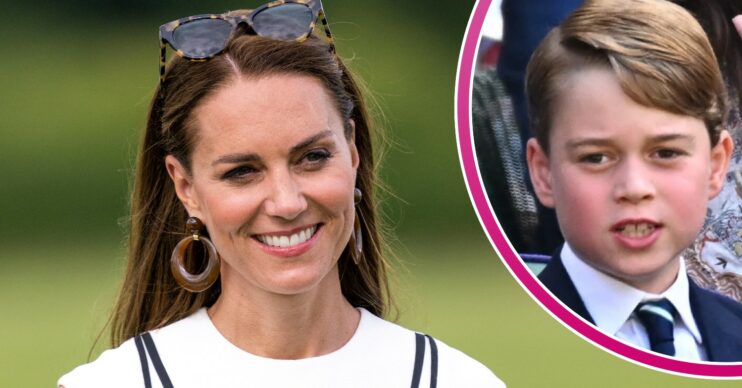 Kate Middleton and Prince George shared a sweet moment at Wimbledon over the weekend which warmed the hearts of royal fans.

Prince George attended his first Wimbledon match on Sunday – and fans just couldn’t get over how “proud” Kate looked of her eldest child.

Royal fans got a pretty special surprise on Sunday (July 10) when Prince George made an appearance at Wimbledon.

The eight-year-old joined his mother and father to watch the men’s final between Novak Djokovic and Nick Kyrgios.

George sat in the Royal Box along with his parents and seemed to enjoy his day out.

Read more: ‘Strategic reason’ Prince George was at Wimbledon with Kate and William

Royal fans were certainly excited to see the future king at the tennis match on Sunday.

“Kate and William are stunning today! Sure it is a very special day for them as it is the first time at Wimbledon for Prince George!!” one royal fan tweeted.

Plenty of royal fans took to Twitter to discuss the fact that George was at the tournament.

Many also gushed over the bond between Kate and George that was clear for the world to see.

One fan tweeted a clip of Kate and George arriving at Wimbledon together. Noting the smile on Kate’s face as George shook people’s hands, they wrote: “She looks so proud of him!!”

Kate arriving at Wimbledon with George today. She looks so proud of him!!#DuchessofCambridge #princegeorge pic.twitter.com/uD82GGNClQ

Another user posted pictures of Kate and George arriving – again highlighting the way that “proud mother” Kate was looking at her son.

“Their bond is so sweet,” they wrote.

Plenty more fans took to Twitter to gush over Kate’s behaviour towards George at Wimbledon.

“She is such a proud mother,” one fan tweeted.

Read more:  Who is Wendy Crozier in Coronation Street? What happened between her and Ken Barlow?

“George may well be the best prepped successor to the crown in history. Thanks mom,” another said.