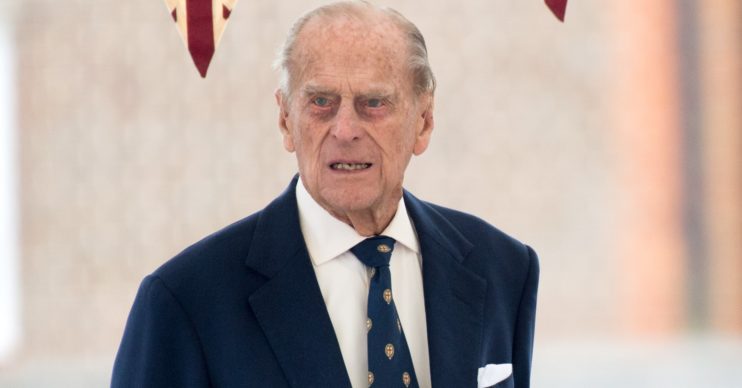 Prince Philip turns 99 years old today. To mark the occasion, the Palace has released an official picture of the Duke with the Queen.

The Duke and Duchess of Cambridge were among the first to wish him a happy birthday.

The new image was taken last week in the quadrangle at Winsdor Castle, where the Queen and Prince Philip are isolating together.

📸 This new photograph of The Duke of Edinburgh and The Queen was taken last week in the quadrangle at Windsor Castle to mark His Royal Highness’s 99th birthday tomorrow. . Copyright: Press Association

Many happy returns from royal fans

While the Duke looks smart in a blazer, shirt and tie, Her Majesty looks summery in a dress with yellow flowers.

“What an amazing and lovely couple,” wrote one.

Another added: “Glad to see The Duke of Edinburgh. Such an iconic man.”

“Swipe to see a new photograph of Her Majesty The Queen and His Royal Highness The Duke of Edinburgh, released by the royal family to celebrate his birthday today.”

Philip is said to be planning a low-key day of celebrations. As he won’t be able to see his children or grandchildren, he will instead chat to them via video call.

The picture of the Duke marks the first time we’ve seen him in some weeks, due to the coronavirus lockdown.

He and the Queen are isolating alone at Windsor Castle and although Her Majesty has done several television broadcasts urging the public to stay strong and keep going in these challenging times, she has largely been forced to step back from public life.

The monarch turned 94 in April, but is said to be determined to return to royal duties as soon as possible. Last week she was pictured riding a horse and looking well.

Meanwhile, the rest of the royal family have been working incredibly hard during the pandemic.

The Duke and Duchess of Cambridge regularly take part in Zoom calls during this difficult time.

Yesterday, Catherine spoke to staff from Action and Addiction, and last week, William revealed he was secretly volunteering for a mental health helpline.

Even the youngest royals, Prince George and Princess Charlotte are doing their bit, helping their dad deliver food parcels to those in need.

Leave your birthday wishes for Prince Philip on our Facebook page @EntertainmentDailyFix.