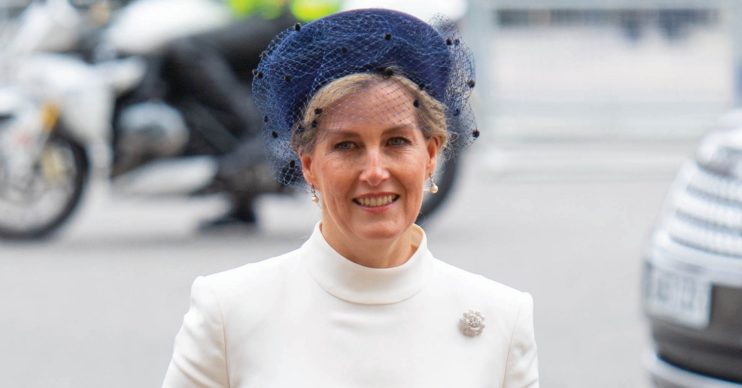 She hopes the couple will be "happy"

Sophie, Countess of Wessex has shared her hopes for Prince Harry and Meghan Markle‘s future away from royal life.

The Duke and Duchess of Sussex stepped down as ‘senior’ members of the Royal Family earlier this year and moved to Los Angeles with their baby son, Archie.

Harry’s auntie Sophie – whose is married to the Queen’s youngest son, Prince Edward – has revealed her hope that Harry and Meghan will be “happy” as they create a new life for themselves away from royal duties.

What did Sophie Wessex say?

“I just hope they will be happy,” she said simply, in a conversation with The Sunday Times.

The countess also said the Royal Family tries to “help” any new members, following reports Meghan struggled after tying the knot with Harry in 2018.

Sophie told the publication: “We all try to help any new members of the family.”

Over the weekend, a source claiming to be a close pal of Meghan said they thought the Duchess was ‘back to her old pre-royal self’

Earlier this month, fans praised Meghan for her moving speech on the current civil unrest and racism protests in the US, following the murder of George Floyd.

We all try to help any new members of the family.

In the clip, shared online, she backed the Black Lives Matter movement as she named others killed by police.

Reacting to the video, a friend who said they operate “closely with her on her charity work” said the duchess was being “100 per cent” herself in the video.

They also said Meghan sounded “less restrained” and more like how she did before joining the Royal Family.

“Listening to her was like hearing the old Meghan,” they told Vanity Fair. “She sounds less restrained and more herself. Much more how I remember her from when we first met… back before she was [a royal].”