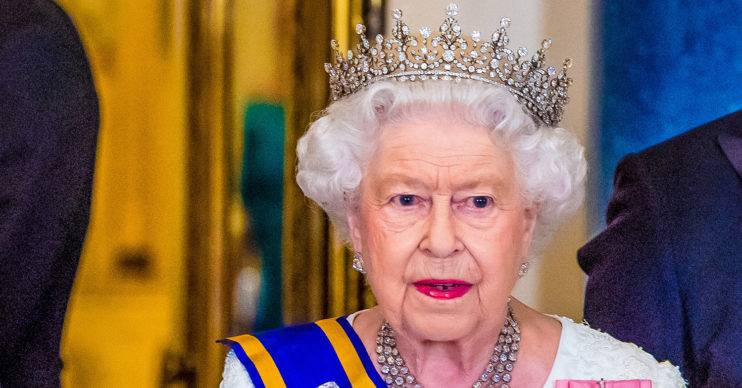 The Queen has returned to the public eye in fabulous style

Her royal majesty The Queen has returned to the public eye.

The Queen, 94, has not been seen publicly since lockdown began, aside from her addresses to the nation.

A series of stunning photos of Queen Elizabeth II horse riding have been shared.

Here she is seen enjoying a ride on her 14-year-old pony across the grounds of Windsor Castle.

The accompanying caption includes: “The Queen is pictured riding Fern – a 14-year-old Fell Pony – in Windsor Home Park this weekend.

“Her Majesty has enjoyed riding since childhood and is closely involved with the welfare of the horses she owns for breeding, riding and racing.”

Countryfile star Matt Baker gushed: “What an inspiration – I once mucked this pony out for a Countryfile episode.”

Another user posted: “I want to still be able to ride horses when I’m 94.”

A further user agreed: “I’m still amazed that the Queen rides at such an age.”

Yet another praised: “I don’t care what anyone says, this woman is amazing and an incredible role model.

“How many people are still walking unaided at 94 let alone riding horses!”

🐴 The Queen is pictured riding Fern – a 14 year-old Fell Pony – in Windsor Home Park this weekend. . Her Majesty has enjoyed riding since childhood and is closely involved with the welfare of the horses she owns for breeding, riding and racing. . Photos: Press Association

Others praised the Queen on how healthy she looks.

Read more: The Queen has ‘been styling her own hair during lockdown’

One commented: “It’s so lovely to see Her Majesty in good health enjoying the day on horseback.”

“It’s so lovely to see Her Majesty”

And a second wrote: “Ah pleased to see her looking well.”

Although this is the first time the Queen has been spotted since lockdown, her work hasn’t stopped.

Self-isolating with Prince Philip, she has continued her royal duties from home.

She delivered a powerful speech to the public on VE day, encouraging the public to “never give up, never despair”.

Aside from the pandemic, she has also been hit with several family issues.

Prince Harry and Meghan Markle of course stepped down from their royal duties at the end of March.

Their departure for a new life in North America has forced a reshuffling of royal duties.

And now it is reported that Prince Andrew will permanently be stepping down from his duties as a royal.

The Queen’s youngest child fell from public grace amidst the Jeffrey Epstein scandal.

What do you think of The Queen’s outing? Share your thoughts with us on our Facebook page @EntertainmentDailyFix.