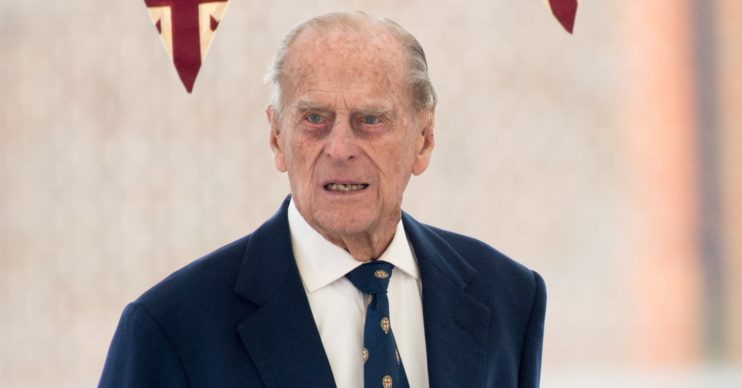 The Queen‘s husband, Prince Philip, is reportedly having to settle for muted birthday celebrations this year as he turns 99 in lockdown.

Since the coronavirus pandemic hit the UK, the Duke of Edinburgh has been at Windsor Castle with his wife of 73 years.

Read more: US summons Prince Andrew to be quizzed over Jeffrey Epstein

His love of his grandchildren and great-grandchildren is well known. But this year, as he enters his 100th year, Prince Philip won’t be seeing them in person.

What does Prince Philip have planned for his birthday?

Instead, an insider claimed, he will have to settle for seeing them via video call.

Thankfully for the duke, however, he’s always been “a gadget man”. Therefore, it’s believed he won’t mind using technology to connect with his loved ones too much.

That’s according to royal expert Robert Lacey, who told Hello! magazine: “Their interest in their children, grandchildren and great-grandchildren, I’m sure talking to them on the phone on video calls is a pleasure they share.

“The Duke has always been the gadget man and he must revel in it in that sense.”

That’s always been his style.

Speaking further, the author said that, similarly, Prince Philip has always enjoyed “low key” events – and so won’t be too devastated at missing out on seeing his family.

Robert continued: “He is suspicious of fuss, but I think there’ll be a quiet glow of pride there [at reaching 99] and quite justified. That’s always been his style. Low key, but tremendously solid support.”

‘Sneaking out’ for a pint

They agreed that Philip does indeed prefer to keep things low key – but explained that Philip could well bring a bit of mischief to the table in a bid to spice things up.

Christ joked on the podcast: “He’s going to be one year off 100 when he has his birthday.

“I wonder whether he’ll be out celebrating. We’ll probably see him actually sneak out of Windsor Castle.

“Maybe pop down to see if he can find any pubs serving alcohol through the window.”