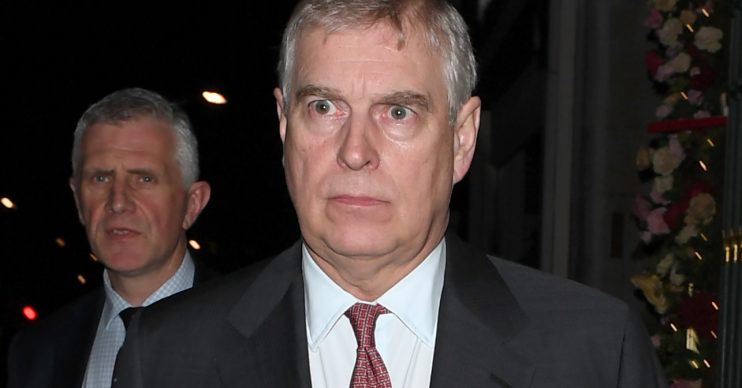 The final decision lies with the Prime Minister and Home Secretary

Prince Andrew reportedly faces losing his armed guards after stepping back from royal duties amid the furore over his controversial Newsnight interview.

The Queen’s second son, 59, could lose his 24/7 armed police protection as the Home Office is said to be recommending a major downgrade of his security.

According to the Evening Standard, the final decision lies with Prime Minister Boris Johnson and Home Secretary Priti Patel.

A spokesperson for Buckingham Palace told the newspaper: “As a matter of course we do not comment on security or security arrangements.”

It follows the backlash over Andrew’s interview with Newsnight, in which he discussed his relationship with late billionaire paedophile Jeffrey Epstein.

The eighth in line to the throne told journalist Emily Maitlis he “kicks himself” every day for remaining friends with Epstein even after his conviction.

He also used the interview to deny ever meeting Virginia Giuffre, the woman who claims he had sex with her when she was a teen groomed by the late financier.

We do not comment on security or security arrangements.

Prince Andrew insisted he cannot recall Giuffre, who accused him of sleeping with her on three occasions – including in 2001, when she was 17.

Since the interview, the Royal Family has been dealt another blow in the form of Prince Harry and Meghan Markle stepping down to become financially independent and split their time between Britain and Canada.

The Queen held a last-minute summit with Prince Charles, Prince William and Prince Harry earlier this week in a bid to decide on the Duke and Duchess’s future role as royals.

Meghan Markle was initially said to be dialling into the meeting from Canada, although the Guardian later reported that she did not take part in the discussions.

She had travelled to North America to be with her eight-month-old son, Archie, and continue her work supporting the charities and organisations she cares about.