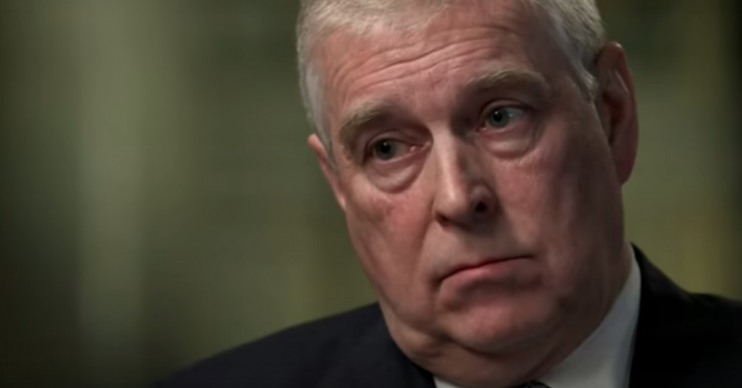 Prince Andrew ‘let side down’ over friendship with paedophile

The Duke of York has admitted he has let the royal family down for remaining friends with billionaire paedophile Jeffrey Epstein AFTER his conviction.

Prince Andrew, 59, reveals he ‘kicks himself’ every day for the decision during an interview on Newsnight this evening.

But the eighth in line to the throne denies ever meeting Virginia Giuffre – who claims the royal had sex with her when she was a teen groomed by late financier Epstein.

In his first interview about the allegations, the Queen’s second son tells journalist Emily Maitlis he cannot recall the woman who has accused him of sleeping with her on three occasions, including in 2001 when she was 17.

Maitlis asks Andrew in the Newsnight special which airs tonight: “She says she met you in 2001, she says she dined with you, danced with you at Tramp Nightclub in London.

“She went on to have sex with you in a house in Belgravia belonging to ­Ghislaine Maxwell, your friend.”

The Prince is reported to reply: “I have no ­recollection of ever meeting this lady, none whatsoever.”

Asked whether he can remember her, he adds: “No.”

Prince Andrew also suggests he felt it would be “honourable” to stick by Epstein.

Questioned about why he stayed pals with Epstein following his 2008 conviction for procuring an underage girl for prostitution and of soliciting a prostitute, Prince Andrew indicated his decision fell below the standards expected of a royal.

I let the side down, simple as that.

He says: “I’ve gone through this in my mind so many times but at the end of the day with the benefit of all the hindsight that one can have it was definitely the wrong thing to do but at the time I felt it was the honourable and right thing to do.

“I admit fully my judgment was probably coloured by my tendency to be too honourable but that’s just the way it is.”

He stutters: “I stayed with him and that’s the bit I kick myself for on a daily basis because it was not ­something that was becoming of a member of the royal family and we try to uphold the highest ­standards and practices and I let the side down, simple as that.”

The interview was conducted on Thursday and is said to have been done on a ‘no holds barred’ basis with no vetting of questions beforehand by Buckingham Palace.

“I have no recollection of ever meeting this lady.”

The Duke of York has spoken for the first time about his links to Jeffrey Epstein and the allegations against him https://t.co/iFQiJLuKCa

Sources have suggested the grilling came after months of negotiations, with the Queen giving her blessing for her ‘favourite son’ to do it.