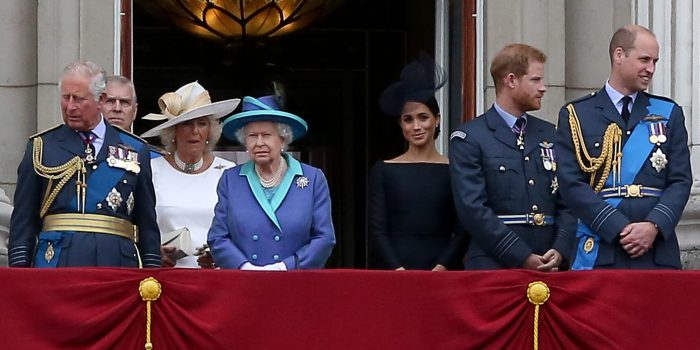 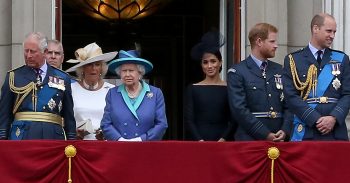 The Queen might be one of the most famous mothers in the world, but just like many other mums, she has a favourite son.

That’s according to a Channel 5 documentary exploring reports of a feud her apparent favouritism has caused between Prince Charles and his brother, Prince Andrew.

The Prince of Wales is her first born and heir to the throne, and as the Queen begins to step back from her gruelling schedule he’s taking on more and more of her royal duties.

But experts have claimed that Andrew, her second eldest, is the favourite – not Charles.

A supposed royal row between the two is being explored in Channel 5’s The Royal Family At War.

Speaking on the documentary, Royal author Katie Nicholl says: “There is real tension between Charles and Andrew.

“Andrew has a very different relationship with his mother and the Queen was much more hands on.”

Paul Burrell, former butler of Princess Diana, comments: “Andrew has always been the Queen’s favourite son and he has never done anything wrong in her eyes.”

Journalist and author Penny Junor says: “I think the Queen has always had a bit of a blindspot when it comes to Prince Andrew.”

Andrew, who is 11 years younger than Charles, was born while Charles was away at boarding school in Scotland.

When their education was over, both joined the Armed Forces.

But Andrew’s military career attracted much more attention than his older brother’s.

While Charles spent several years as a Royal Navy captain, Andrew was sent to fight in the Falkland’s War as a 22-year-old helicopter pilot.

Upon his return, he was looked at as a “hero… very much the golden boy of the royal family”, according to royal correspondent Katie Nicholl.

That was only the start of the rift between the two, as it appears they were also at loggerheads on their views over what it means to be a member of the royal family.

While Charles is believed to be pushing for a more slimmed-down monarchy, Andrew has been criticised for over-using his royal privilege, garnering the nickname Airmiles Andy for using the royal helicopter to go and play golf in Scotland, Nicholl adds.

The former press secretary to the Queen, Dickie Arbiter, explains that, in Charles’ view, you have to “pay for it yourself” if you want to “play around”.

Other conflicts between them reportedly include disagreements over security expenses and Andrew’s family being left out of notable public appearances, including their absence from the balcony at Buckingham Palace on the Queen’s Diamond Jubilee in 2012.

According to Penny Junor, the latter was something Andrew found particularly “hard to accept”.

– The Royal Family At War continues tonight at 10pm on Channel 5.