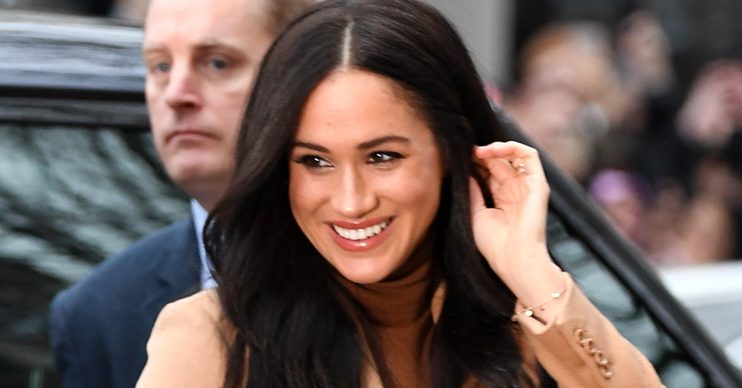 Archie is thought to have stayed with a nanny

The Duchess of Sussex has returned to Canada to be with her son Archie following the news she and Prince Harry will be stepping away from their roles as senior royals.

On Wednesday, the couple announced the news via their Instagram account and said they will work to become “financially independent” while still “fully supporting” the Queen.

Shortly before revealing their decision, Harry and Meghan returned to their duties on Tuesday after enjoying a six-week break in Canada over Christmas.

Now, a spokeswoman for the couple has confirmed Meghan, 38, has returned to the North American country to be with their eight-month-old son Archie, who is said to have stayed there with a nanny.

In their statement earlier this week, Meghan and Harry revealed they will be dividing their time between the UK and North America.

We intend to step back as ‘senior’ members of the Royal Family.

They said: “We intend to step back as ‘senior’ members of the Royal Family and work to become financially independent, while continuing to fully support Her Majesty The Queen.

On their official website, the couple said they are planning to continue their work in the Commonwealth and charitable organisations.

Read more: Piers Morgan says Meghan and Harry should be ‘stripped of their titles’ by the Queen

Read more: Meghan’s dad Thomas Markle breaks silence on news she and Harry will step away from royal family

They also confirmed they will no longer receive funding through the Sovereign Grant, which is given to royals to perform their duties.

However, all their official overseas visits will be paid for by the Sovereign Grant and their security will also be funded.

Meanwhile, sources claimed members of the royal family were “devastated” and hurt by their decision.

A source told the Daily Mail: “It’s deeply unfair to the Queen who doesn’t deserve to be treated this way. It is a shoddy way to treat her. The family understands that they want to do something different and is perfectly willing to help them. People are just devastated.”

Meghan’s father Thomas Markle broke his silence on the news, saying he was also “disappointed” by his daughter and son-in-law’s decision.

What do you think about Meghan and Harry’s decision? Leave us a comment on our Facebook page @EntertainmentDailyFix and let us know.