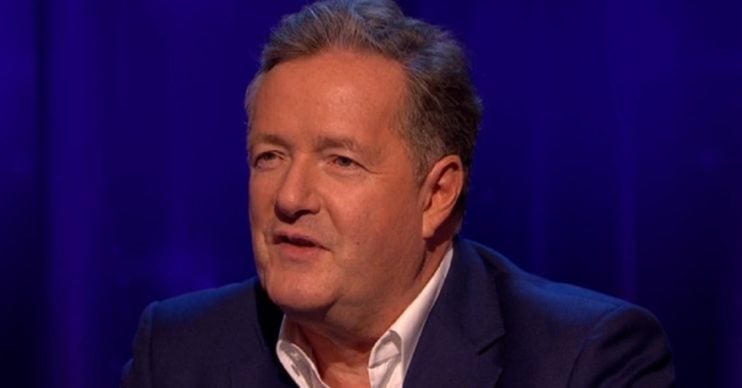 The chat show is a firm favourite on ITV

Piers Morgan’s Life Stories has been been thrown into question after the host quit GMB yesterday (March 9) – but will the chat show continue?

The 55-year-old presenter stunned viewers after he dramatically quit the daytime programme following a spat with Alex Beresford.

But what does it mean for his ITV chat show Life Stories?

The popular chat show first aired back in 2009.

Recorded in front of a studio audience, each episode is devoted to one celebrity guest.

Gemma Collins, Trisha Goddard, Chris Eubank and Rupert Everett were among the guests on the show’s recent series.

While it’s not known whether the show will continue, fans were quick to share their concerns on social media.

Many users pointed out that the series is filmed for ITV.

Taking to Twitter, one wrote: “What does this mean for Piers Morgan’s other shows on ITV like Life Stories etc. Do you think they will still work with him?”

A second said: “@piersmorgan Will Life Stories still be on though? Asking for a friend…”

In addition, a third added: “@ITV please remove Piers Morgan from your platform. Surely it is inappropriate to have Life Stories on your channel.”

Will Life Stories still be on though? Asking for a friend…

Another shared: “Life Stories is ITV is it not? Surely they’ve taken him off that as well?”

@scottygb What does this means for Piers Morgan's other shows on ITV like Life Stories etc. Do you think they will still work with him?

@piersmorgan Are you going to do more 'life stories' and interviews with Psychopaths etc? I really enjoy these programmes. Good luck for the future.

Life Stories need to be cancelled as well #piersmorgan

‘Such a great series’

Meanwhile, other fans were optimistic about the show’s future.

One added: “Well done Piers it needed to be said. GMB won’t be the same. More time for you and your family and hopefully time to make more Piers Morgan’s Life Stories.”

A second wrote: “Hopefully it will give you more time to do Life Stories. Such a great series.”

Another commented: “Gutted that you’ve left GMB but you have to do what’s right for you. Hope to see you back with more Life Stories.”

Why has Piers quit GMB?

A statement read: “Following discussions with ITV, Piers Morgan has decided now is the time to leave Good Morning Britain.

Read more: Ranvir Singh appears to make dig at Piers Morgan as she fills his seat on Good Morning Britain

Meanwhile, Piers wrote on Twitter on Wednesday: “On Monday, I said I didn’t believe Meghan Markle in her Oprah interview.

“I’ve had time to reflect on this opinion, and I still don’t. If you did, OK. Freedom of speech is a hill I’m happy to die on. Thanks for all the love, and hate. I’m off to spend more time with my opinions.”

Since then, viewers have called for Eamonn Holmes to replace the star.