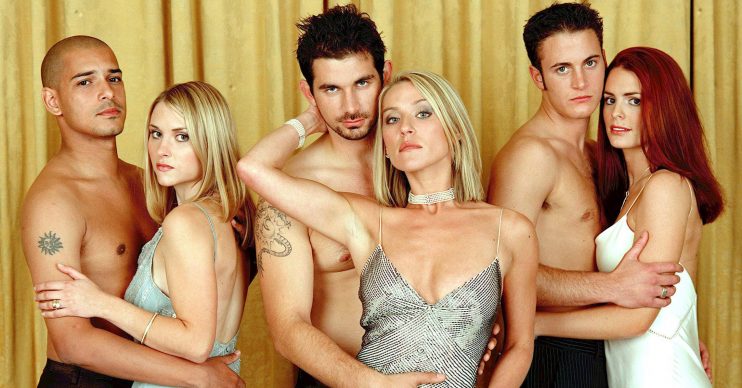 It’s been 13 years since ITV last showed Footballers’ Wives, but nothing has come close to rivalling the vicious cat fights between love rivals Tanya Turner and Amber Gates…

And the whole world are waiting for the next instalment of the feud – which has already launched hundreds of memes, and been trending on Twitter all day.

As shocked showbiz fans settled down to watch the war of words unfold with a bucket of popcorn, TV viewers began to beg for the return of the ultimate WAG-fest Footballers’ Wives.

Writing on Twitter, one said: “Honestly, this REALLY makes me want a Footballers’ Wives reboot/sequel. So spicy!”

Honestly, this REALLY makes me want a #FootballersWives reboot/sequel. So spicy!

You've read to much into it. It's the promotional episode of the revival of Footballers Wives from the noughies.

I think if today's social media drama between DI Coleen Rooney and Rebekah Vardy has shown us anything it is that Footballers Wives needs to be brought back to our screens pic.twitter.com/agEkbN8nLB

I smell a “Footballers’ Wives” reboot with a similar storyline… https://t.co/5MW8pRxIpP

if i worked in television, today what i would do is i would sniff a big cocaine and recommission footballers' wives. just a little tip there, for @thetelevisionindustry

Another said: “I think if today’s social media drama between Coleen Rooney and Rebekah Vardy has shown us anything, it’s that Footballers’ Wives needs to be brought back to our screens.”

A third said: “All this drama just reminds me of how brilliant a programme Footballers’ Wives was.”

“If I worked in television, today what I would do is I would recommission Footballers’ Wives. Just a little tip there, for @thetelevisionindustry,” wrote one more.

The UK drama revolved around fictional Premier League football club Earls Park F.C. and was cancelled after the fifth run.

Storylines included Tanya swapping her baby with Amber, Tanya murdering Frank with a mixture of sex, booze and viagra, and Amber faking her own kidnapping.

Not to mention a character called Chardonnay. No explanation needed.

Last year, Gary teased fans that a revival could be on its way.

He told Now magazine: “Maybe in some form… watch this space is all I can say.

“It was an outrageous and fantastic thing to be a part of, so a reunion may be on the cards, you’ll have to wait and see.”

The show originally aired on ITV from January 2002 until April 2006.

Meanwhile, the real ‘War of the WAGS’ started on Wednesday morning, when Coleen uploaded a screenshot of a note she’d made on her phone.

The stories ranged from Coleen undergoing gender selection in Mexico to the basement of her new house flooding.

Becky was quick to respond and deny the allegations.

She said she was seeking legal advice and didn’t need the stress, “especially when I am heavily pregnant”.

Would you like to see a reboot of Footballers’ Wives? Tell us on our Facebook page @EntertainmentDailyFix.