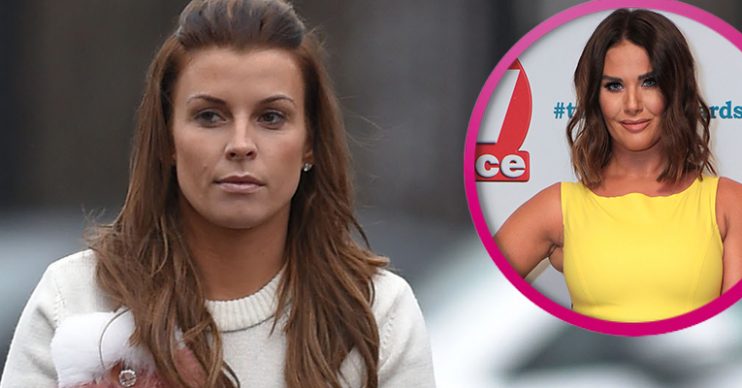 The "War of the WAGs" is in full swing…

It’s been dubbed the “War of the WAGS” as Coleen Rooney takes on Rebekah Vardy in quite possibly the most epic slanging match ever known to humankind.

It all started on Wednesday morning (October 9), when Coleen uploaded a screenshot of a note she’d made on her phone.

The stories ranged from Coleen undergoing gender selection in Mexico to the basement of her new house flooding.

Becky was quick to respond and deny the allegations.

She said she was seeking legal advice and didn’t need the stress, “especially when I am heavily pregnant”.

She also said: “I don’t need the money, what would I gain from selling stories on you?”

Danielle Lloyd – who was previously married to footballer Jamie O’Hara –  was quick to wade into the spat.

She commented on Coleen’s post with a string of rat emojis.

She later wrote: “On a serious note though, who does that, it’s terrible.”

Former England footballer Phil Neville was in the Rooney camp though, commenting on Coleen’s post with the praying hands emoji.

Coleen’s husband Wayne and Rebekah’s husband Jamie have yet to comment on the war of their WAGs.

However, it has been claimed that Wayne warned his England teammate Jamie about Becky back at the Euro 2016 championship.

The Times claimed that Wayne allegedly told Jamie to ensure his wife didn’t distract the team’s campaign with her social media posts.

Rumours of a rift between the players was then denied by then manager Roy Hodgson.

He said: “I haven’t got a clue what you are referring to. There are absolutely no problems in football terms between Wayne Rooney and Jamie Vardy.”

He added: “In fact quite the reverse, they are very close friends, both on the field and off the field. I have got no idea what you are referring to.”

Coleen was spotted out and about shortly after posting her rant to social media.

She was seen smiling and looking at her phone.

Rebekah, meanwhile, commented that she was on holiday.

What do you think of the War of the WAGs? Tell us on our Facebook page @EntertainmentDailyFix.