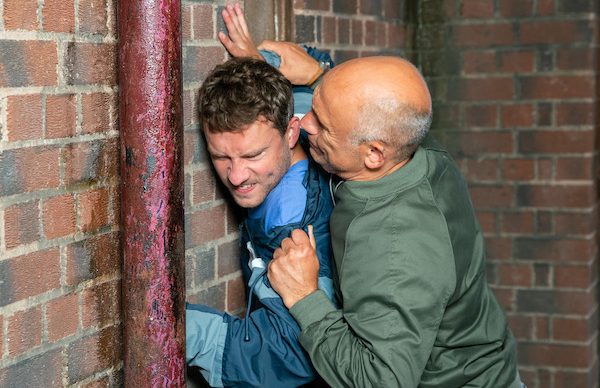 Coronation Street is currently tackling the horrific issue of historic child abuse, but fans of the ITV soap are struggling to “care” about the character of Paul Foreman.

In August, the Manchester soap confirmed they would be exploring the devastating effects of historic child sexual abuse within a family.

Scriptwriters have been working alongside Survivors Manchester on the plot, in which Paul’s past came back to haunt him when Bernie reunited with her ex, Kel.

Unbeknownst to Paul’s twin sister Gemma and mum Bernie, Kel sexually abused Paul when he was a young teenager and the boy was groomed into believing he and Kel were in a consensual relationship.

When Paul’s ex-partner Billy Mayhew discovered the secret, he told Paul he was a young child and was in fact sexually abused.

The heartbreaking story is exploring Paul’s struggle to come to terms with what happened to him and his ultimate fight for justice.

However, fans are struggling to connect with the storyline, blaming the character of Paul.

Writing on Digital Spy Forums, one viewer wrote: “Paul’s okay but, for a storyline like this, he needs to be better than okay.

“I just don’t care about the character. In fact I would like the whole family to leave.”

Another wrote: “The minute he was lumped with Gemma, all hope was lost for the character. I don’t care about Paul and find it rich he was actively trying to dethrone his boss who gave him a chance. More to the point calling his mother scum and dishonest.”

A third added: “I do feel like they haven’t done enough to make viewers care about him or as a result this storyline. I think Peter Ash is a decent actor though.”

“I feel he should’ve settled more into the role before being given this material,” said one more, while another stated: “While Peter Ash is doing his best, the character is simply not engaging enough to make me care about him. Paul is one of Corrie’s least likeable characters.”

Others agreed that it’s Paul’s association “with the awful Gemma” that has ruined the storyline, with one saying: “He is not that likeable as a character (again partly due to his being Gemma’s brother) as I don’t like the character I have no sympathy for him and can’t engage with the storyline.”

Another said it was hard to take the plot seriously as “the reveal of his abuse seems to have been at breakneck speed and it’s a bit off putting”.

It’s no secret that Gemma Winter is a character that has divided viewers, and that goes for her family too.

This week, it was revealed that Bernie Winter is going to use vicar Billy to gain access to his congregation’s houses and rob from them.

And fans of the soap have been left fuming at the “dreadful story with dreadful character” Bernie, with some even demanding she’s axed.