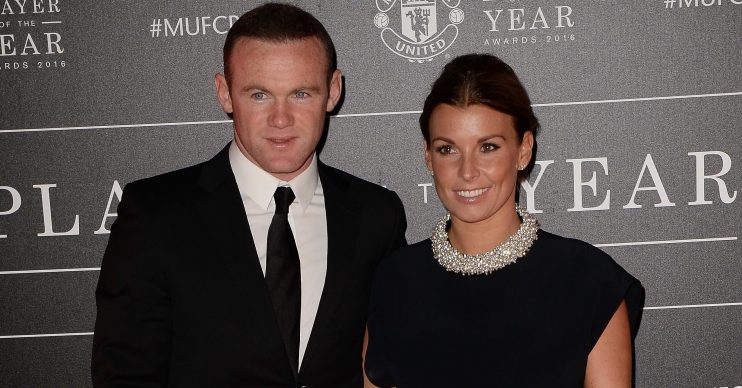 Klay read his brothers a book

Coleen Rooney has shared the sweetest photo of her son Klay doting on his younger brothers.

The WAG took to Instagram on Monday to share a snap of Klay, six, reading a book to Kit, three, and Cass, one.

The picture shows Klay holding the book as Kit and Cass appear to be listening to their big brother.

Moments like this 😍… priceless!! Klay reading to his brothers 💙

Coleen captioned the shot: “Moments like this… priceless!! Klay reading to his brothers.”

Fans gushed over the family image.

One person said: “They are just adorable,” while another wrote: “What a beautiful picture.”

A third commented: “Fabulous, what a priceless moment.”

Coleen is also a mum to nine-year-old son Kai. She has her boys with her footballer husband Wayne.

The couple’s relationship has come under massive scrutiny recently after the picture of Wayne in a Vancouver club was taken.

The DC United player denied the suggestions that anything happened between him and a mystery girl.

“Nothing happened between me and any girl on that night in Vancouver. I did not enter the lift alone with the girl pictured in the hotel foyer,” he wrote in a statement on Twitter.

“The girl in the club was simply one of many who innocently asked for autographs and pictures.

“The pictures sold to the newspaper were selected and edited to create a sensational and completely untrue story about me.

Read more: Wayne Rooney issues statement on pictures of him with mystery woman

“This whole story was a smear against me. It is damaging to my family and not something I am prepared to put up with.”

After the images emerged, it was reported that Coleen demanded he return to the UK.

A source told The Sun: “Coleen went ballistic at Wayne for being so stupid again.

“When she landed, Coleen told Wayne to just end his contract and go back to the UK with her. She wants him to just pay out and leave.”