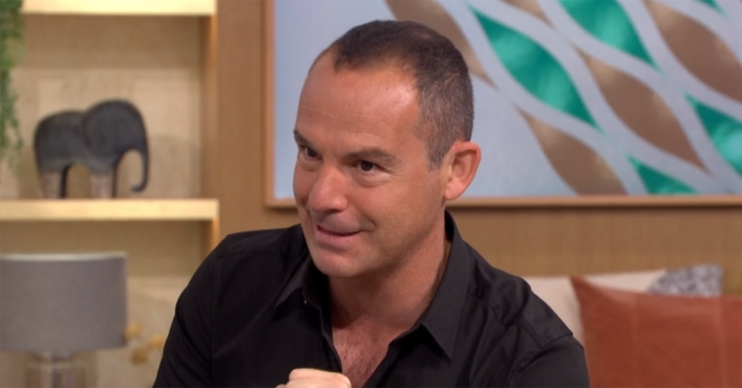 This Morning: Martin Lewis delights fans as he returns to ITV studio for the first time in months

The MoneySavingExpert star has been busy working from home

Martin Lewis has left This Morning fans overjoyed after returning to the ITV studios for the first time since March.

The MoneySavingExpert star has been busy working from home during the ongoing pandemic, but has since headed back into the television centre.

Sharing a selfie outside the London building today (September 10), Martin told fans it was “good to be back”.

Back in the studio for the first time since March. Feels slightly nervous, but good to be back, first for #thismorning then a big hour long #martinlewis money show financial education special tonight 8pm…

Martin Lewis returns to work on This Morning

The shot showed Martin, 48, wearing a Gino D’Acampo mask as he stood underneath the Studioworks entrance.

He captioned the post: “Back in the studio for the first time since March.

Fans were delighted to see Martin back on television again.

One commented: “Great to have you back in our screens. Thanks for all you’ve been doing during lockdown.”

A second agreed: “So glad you’re back on telly keeping us all updated on how to save money!! You’ve been missed.”

Another added: “Looking forward to your show tonight Martin!”

What has Martin been up to?

Earlier in August, Martin announced that he was taking a break from his website and television after quitting Good Morning Britain.

He shared on Twitter: “Ta-ta for now. It’s been a long slog this year, esp with constantly changing COVID news.

“So I’m about to start my usual summer work-break from social media, MSE, telly etc to tune-out and spend a few weeks with Mrs & Mini MSE (& maybe the odd round of golf).

“Have a lovely summer.”

The digital break came days after the TV star revealed he was stepping down from his role on GMB.

Martin blamed his busy schedule and said he will no longer do his Deals of the Week after 17 years on ITV.

But it hasn’t been completely relaxing break for the star, who recently admitted he had to call the police after his wife was mugged for her mobile phone.

TV presenter Lara, who married Martin in 2009, was left “shaken” after a moped swerved to the curb and stole her mobile.