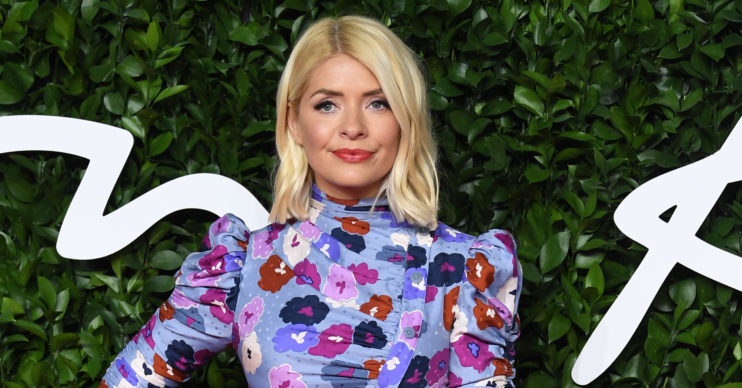 A source says she won't "roll over"

Holly Willoughby is allegedly ‘gearing up’ for a legal battle with her former talent agency.

Reports claim that the This Morning presenter, 39, will not “roll over” in the dispute.

What is the dispute between Holly Willoughby and the agency all about?

The Sun reports that Holly isn’t happy with her former talent agency YMU, who allegedly tried to claim 15 per cent of her future earnings.

The accusation comes after Holly left the agency and started her own, called Roxy.

A source told the newspaper: “Holly set Roxy up with an all-female team. She is all about empowerment, and even if this goes legal she will not roll over on the matter.”

The source went on to say that Holly never signed a binding contract with them and that the agency has not signed up to professional body PMA.

“Holly is a strong, savvy, very successful woman working in a tough industry — she won’t be taken for a fool,” the source continued.

“It’s a real shame how things have turned out, as she was incredibly loyal to YMU for many years, but now they are demanding commission on future earnings. It is madness.”

Why did Holly leave the agency?

Meanwhile, Holly left the YMU after 13 years in August.

She has always had such incredible business sense and is proud to be a working mum and career woman.

A source said that lockdown gave her a chance to reflect and that managing herself was a “logical step”.

What are Holly’s other business interests?

Meanwhile, aside from her presenting duties on This Morning and Dancing On Ice, Holly is also an ambassador for Marks and Spencer and Garnier UK.

She also revealed that she had no intention of leaving This Morning, despite reports to the contrary.

Holly has presented the show with Phillip for over a decade.

In addition, a source told Metro: “Holly loves This Morning and working with Phil.”