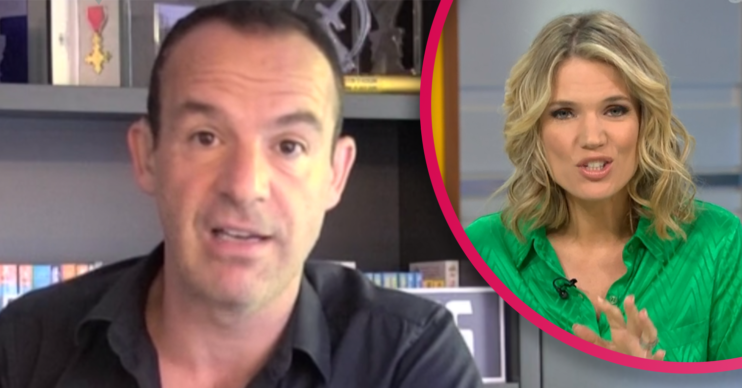 Money expert is leaving the ITV show due to other commitments

The finance whiz revealed today (Thursday, July 30) he’s left the show because he “can’t cope” with his hectic workload.

Martin told GMB hosts Charlotte Hawkins and Adil Ray his regular segment will not continue due to his other commitments.

The 48-year-old money expert explained his live telly show will return in September.

Although that will take priority, Martin did not rule out future guest appearances on GMB.

Wrapping up his segment, Martin told viewers: “My time is running out. This is actually my last ever Tips Of The Week.

I am not going to do them any more.

“Because of my new show coming on every week in September, I am not going to do them any more.”

He continued: “I hope to still pop on Good Morning Britain. It has been a wonderful 15-odd years on ITV daytime.

Read more: The Chase: Viewers frustrated as contestant forgets about his buzzer

“I am going to have a bit of a break for the summer, so I just want to say thank you all for watching.”

When is Martin Lewis back on TV?

Martin added: “I will see you in September. I’m not leaving properly, but this is my main, every week slot going, because I can’t cope with doing it all at once.”

Thanking him on behalf of viewers for his advice, Charlotte told Martin: “I know that you’ve made a big difference to lots of people who hang out for your tips.”

Moments later Martin tweeted: “After 17ish yrs on ITV breakfast that was my last Deals of the Week.

“With @itvMLshow going live weekly every Thursday eve from September, for minimum six months, I need focus on that. (I’ll do some Deals there too).

“Thanks for watching and huge thanks to @GMB. It is a great team for everything.”

However, he later wondered whether he had actually racked up fewer years on ITV daytime shows than he first thought.

After 17ish yrs on ITV breakfast that was my last Deals of the Week.

With @itvMLshow going live weekly every Thur eve from Sept, for min 6mths, I need focus on that (Ill do some Deals there too).

Thanks for watching these yrs & huge thanks to @gmb & it’s gr8 team for everything pic.twitter.com/kr3v6homjX

Hundreds of fans were quick to offer their best wishes to Martin on social media after his telly appearance.

And while many were sad to see him leave GMB, most were eager to see him back on the box in future.

“So excited about your new show, can’t wait for September,” commented one follower on Instagram.

“Thanks for all the fantastic information over the years Martin, good luck in your new venture,” echoed another.

And a third person added: “You are certainly the man that does make difference, thank you from us all.

“Enjoy your little lay in and summer break and good luck for September, I will certainly be watching.”