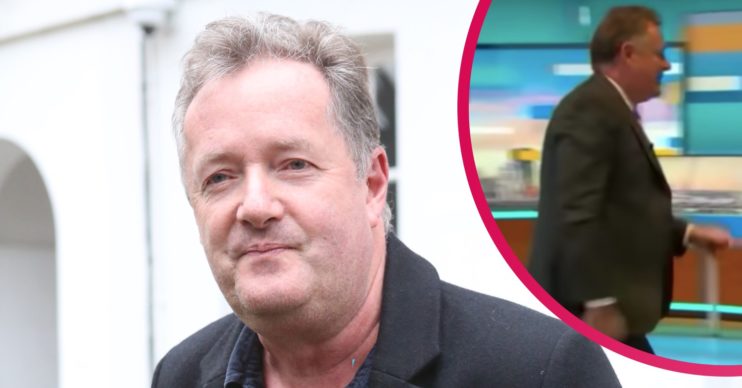 His Life Stories series has aired on the channel since 2009

Piers Morgan “will continue to work for ITV” after resigning from Good Morning Britain, according to reports.

The telly star, 55, is still set to carry on making his Life Stories series’ for the channel, it has been claimed.

Insiders have told the iPaper that Piers and ITV have not parted ways for good.

A source said Piers “will continue to make programmes” for the channel despite his GMB departure.

Entertainment Daily has contacted both ITV and Piers’ rep for comment.

The news anchor and weatherman found themselves arguing over Prince Harry and Meghan Markle’s interview with Oprah Winfrey.

Piers had said live on the ITV breakfast show that he did not believe a word Meghan had said in the explosive chat.

This included claims that she felt suicidal before deciding to step back from royal duties with husband Prince Harry.

More than 41,000 viewers complained to Ofcom after Piers slammed the duchess’ comments about her mental health.

In a handwritten note, Piers addressed his fans yesterday (March 12) and confirmed why he decided to quit GMB.

The star, who has four children, said he had “lost his job” after refusing to apologise live on air for what he had said.

Piers told his 1.5 million Instagram followers: “It has been an extraordinary week for me, for Britain, for our monarchy and for our future.

“Those of you that know me well enough know that, despite my many faults, I’m always willing to stand my ground for the things that I think matter most.”

Now I’ve lost my job at Good Morning Britain because I chose not to apologise for disbelieving Meghan Markle’s claims in her interview with Oprah Winfrey.

Continuing, he added: “My fervent opposition to the Iraq War led to my demise from the Daily Mirror.

“My outspoken views on the insanity of American gun laws led to the end of my time at CNN.

“And now I’ve lost my job at Good Morning Britain because I chose not to apologise for disbelieving Meghan Markle’s claims in her interview with Oprah Winfrey.”

What else has Piers told fans?

Piers is remaining upbeat about his decision to walk away from Good Morning Britain.

The day after he quit, ITV reportedly saw almost £200 million wiped off its share price.

Piers has since told his social media followers that sales of his book – Wake Up – have rocketed in the past few days.

Having been at 1,800 in Amazon’s bestsellers’ list, his tome is now sitting at number two.

The book is described as being “for people sick and tired of being told how to think, speak, eat and behave”.

Piers said: “So gratifying to see my book ‘Wake Up’ now at No2 in the Amazon chart.

“Thanks to everyone who’s bought it in support of my battle to defend free speech, which has never seemed more vital. It’s the cornerstone of any democracy.

“As for the haters, I refer you to what my hero Sir Winston Churchill once said: ‘You have enemies? Good. That means you’ve stood up for something, sometime in your life’.”