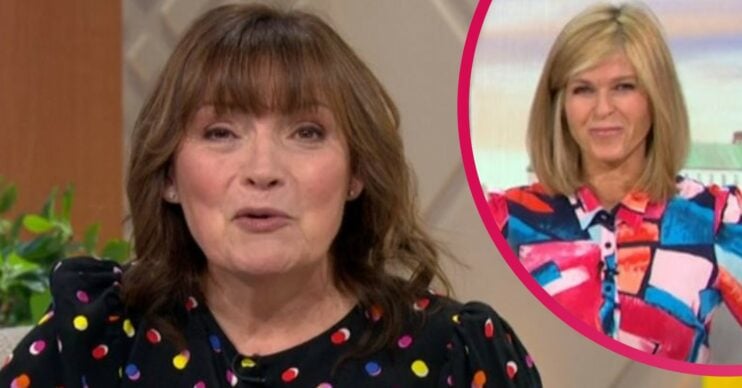 Lorraine Kelly brands herself an ‘idiot’ over Kate Garraway blunder

Lorraine was corrected by Ben Shephard

Lorraine Kelly called herself an ‘idiot’ today after suffering an awkward blunder with Kate Garraway.

As Good Morning Britain cut to ITV’s Lorraine to see what the presenter had coming up on her show, Lorraine made a comment about Kate’s Life Stories series.

Kate has taken over the role of host on ITV’s Life Stories from Piers Morgan.

What happened to Lorraine Kelly today?

However, Kate’s co-star Ben Shephard cut in: “Last night. You can watch it on catch-up, Lorraine, don’t worry.”

Poor Lorraine looked confused as she insisted: “What?! I thought it was tonight! Everybody told me it was tonight. You’re joking?”

Ben added: “It’s been a long week, Lorraine. Unless you’re doing something at nine o’clock tonight.”

Kate also found it amusing as she told Lorraine: “I tell you what I’m doing, I’m going round to Lorraine’s house to find a VHS to play it to her.”

She tweeted: “Im an eejit – will be watching #lifestories with our Kate Garraway tonight!”

Viewers found it hilarious and shared their thoughts with Lorraine.

One said: “Lorraine your face when you realised. Brilliant.”

Piers presented the series from 2009 to 2021. His final episode saw him interviewing Kate about her life.

On Twitter last night, Piers sent his support to Kate.

“As I told Kate today, it does feel a bit weird handing over the reins of a show I presented for so long, but at least it’s to someone I love! Wish her all the very best.”