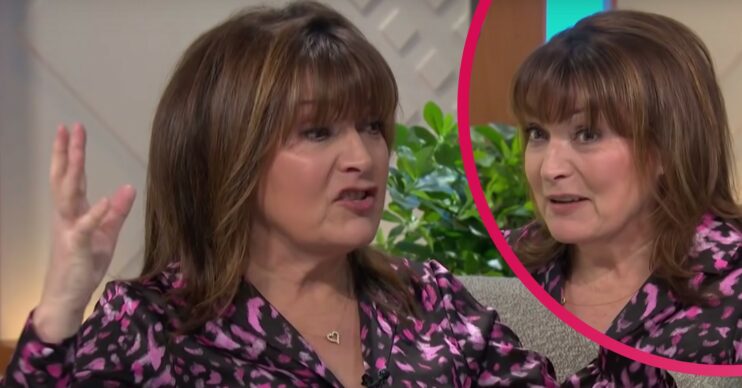 Did the person complaining have a point?

TV presenter Lorraine Kelly has responded to a Twitter user who attacked her ‘privilege’ earlier today.

The irked social media user complained the ITV host had turned them off one of their favourite shows.

The moan came this morning (Friday January 7) as Lorraine revealed she will soon interview Ricky Gervais.

What did Lorraine Kelly say today to prompt the complaint?

Ahead of her final show of the week, Lorraine indicated she had stayed up past her bedtime.

The reason for the interruption to her sleeping schedule was she was hooked on Ricky Gervais’ Netflix hit After Life.

However, Lorraine wasn’t catching up on episodes already available on the streaming service.

Read more: ITV fans in hysterics as Lorraine Kelly’s puppy pees on her

She was watching a very exclusive preview of the upcoming third series – and she clearly loved it.

Lorraine wrote on Twitter: “Lucky enough to have been given a preview of #AfterLife3.

“Stayed up until late last night as had to binge every episode. It’s beautiful. It’s perfect. Belly laughs and tears. Thank you @rickygervais.”

How did the unhappy Twitter user moan about Lorraine’s ‘privilege’?

Lorraine’s early morning post pulled in over a thousand Likes – but not everyone was impressed.

It seems one fan was put off by Lorraine having access to the bittersweet comedy ahead of them.

Indeed, they no longer wished to watch it all due to Lorraine getting preview access.

Don’t want to watch it.

“Privileged people getting preview of one of my fave series,” they responded.

Justine – I was lucky to get the preview because I’m interviewing @rickygervais – it’s a fabulous part of my job. I always watch the film or TV show my guests appear in so we can talk about it. PLEASE watch #AfterLife3 it’s brilliant. https://t.co/V1A2UeMo6w

How did Lorraine respond?

Lorraine patiently clarified she had been issued with preview access in order to prepare for a discussion about the third series with creator and star Ricky.

She replied: “I was lucky to get the preview because I’m interviewing @rickygervais.

“It’s a fabulous part of my job. I always watch the film or TV show my guests appear in so we can talk about it.”

Lorraine also pleaded with the unhappy fan to change their mind.

Other Twitter users gave their support to Lorraine. Some echoed her explanation but others fiercely dismissed the original objection.

One person wrote: “Oh my goodness, what a reaction. How very childish. I don’t think After Life’s ratings will suffer due one person having a tantrum.”

“Deary me,” posted a second person.

“Some people love to get enraged about anything, it must be very tiring.”

And a third person contributed: “Why is this an issue? The [media] generally watch or listen to [shows] before they interview the person involved.

“How do you think they’re going to talk about it otherwise?”