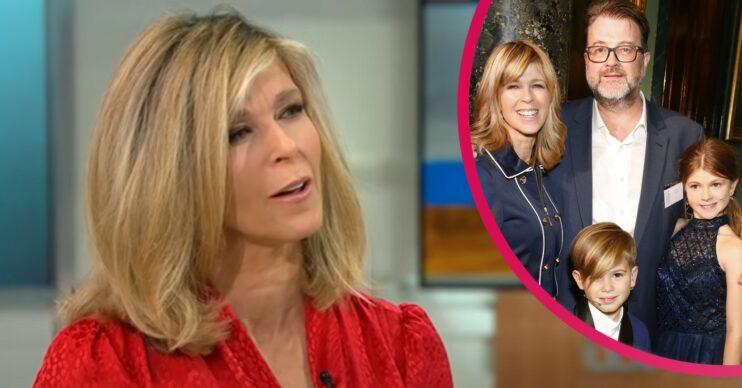 Kate made the admission on GMB

Life Stories star Kate Garraway once admitted feeling like she had ‘failed’ her children during her husband Derek Draper‘s health battle.

Kate‘s husband Derek was hospitalised for more than a year after contracting Covid-19 back in March 2020.

In April of last year, Derek finally returned home and now receives round-the-clock care as he deals with the after-effects.

Last year, Kate opened up about her children – daughter Darcey, 15, and son Billy, 12, – and her struggle to homeschool them during the pandemic.

On Good Morning Britain in August 2021, Kate was discussing the difference in A-level results between private and state schools.

The presenter admitted her friends with private schooled children had a “brilliant” homeschooling set-up.

She said: “Do you think it’s because we all know it’s almost been impossible for youngsters to deal with? It’s been an absolute struggle.

“I know that I have, frankly, failed my children in supporting them with their homeschooling.”

She continued at the time: “I know I had a very specific set of circumstances going on for the bulk of the time.

“But I found it very difficult to get online and to help them make their way through the system.”

In November 2021, Kate opened up about her children’s ‘heartbreak’ during Derek’s health battle.

She said her kids had found it tough to deal with the new normal and how Derek now acts.

Kate told Woman’s Own: “I can sometimes feel their disappointment.

“Like when they say something that in the past he would have lit up at, be shocked at or just responded to in a Derek-like way.”

She added: “But he remains passive because he can’t react and you can feel their heartbreak.”

Kate is back on screens tonight for her first episode of Life Stories.

She has taken over the role from Piers Morgan, who hosted from 2009 up until last year.

Piers’ last ever episode was with Kate as she opened up about her life and the impact of Derek’s illness.