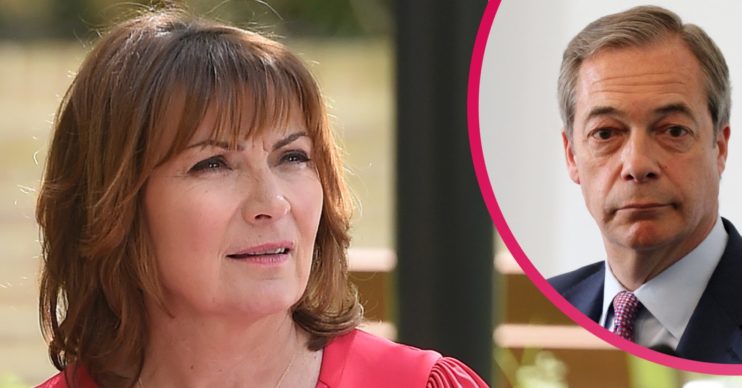 Presenter Lorraine Kelly admitted she was gutted after receiving news about politician Nigel Farage on Good Morning Britain that “ruined” her day.

Tom, they explained, was on the video call to talk about film productions getting exemptions from some coronavirus restrictions. Special rules could enable them to move forward and resume filming.

What did Lorraine Kelly say on Good Morning Britain?

Lorraine said on the programme: “Tom Cruise must have Zoom calls with lots of influential people and then he had a Zoom call with our culture secretary as well.”

“Exactly,” Ross told her. “This is all about how exemptions will allow productions to resume and of course, he’s making Mission Impossible 7.

“It was filming in the UK before the lockdown. As you said, they spoke to Tom last weekend. The UK government is looking at allowing a number of film and TV productions to be exempt from foreign quarantine rules. And then hopefully [they’ll resume] filming.

“There’s this idea where you can create some kind of a bubble and have everyone tested, and they will stay within that bubble when they are filming.”

Lorraine then thanked Ross for coming on the programme and revealed that his report had “cheered” her up. Only earlier, she said, she was gutted after finding out she is older than former UKIP politician Nigel Farage.

Lorraine is 60, whereas the Brexit Party leader is 56.

She said: “Ross thank you, it’s always a joy to talk to you. You cheered me up this morning because I just found out that I’m older than Nigel Farage. That’s my day ruined.”

Elsewhere on Good Morning Britain, Piers Morgan had to apologise when Susanna Reid corrected an error he made during a conversation about business minister Lucy Powell.

Also on today’s episode, the presenters addressed reports about Kate Garraway and revealed she is coming on the show this week.