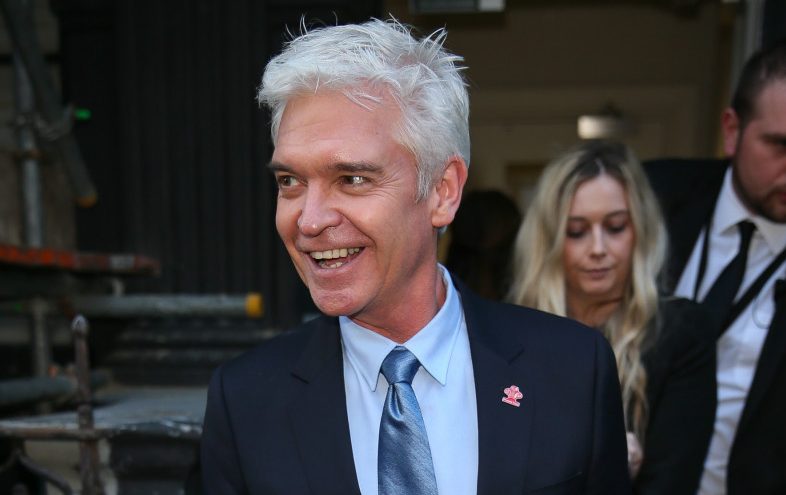 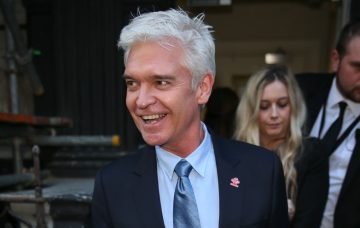 Phillip Schofield has been likened to a Hollywood legend after the This Morning host climbed into the cockpit of a World War II aircraft.

The 56-year-old presenter looked every inch the action man as he kitted up to fly a Spitfire at the Imperial War Museum in Duxford, Cambridgeshire yesterday.

And fans couldn’t help but be impressed by Phil’s aerial moves, comparing ITV’s silver fox to Top Gun icon Tom Cruise after he posted a series of snaps of his high-flying experience on Instagram.

Some even joked Phil could take over from the cinematic megastar in the sequel to the 1980s blockbuster.

Another commenter added: “Tom Cruise eat your heart out.”

And Twitter user @BeamanHayley continued: “Think you should take over tom in top gun silverfox xx.”

Instagram user @domhiggs even came up with a Top Gun-style nickname for Phil – looking very dapper in sunglasses and uniform in a cockpit selfie – to assume.

Presumably merging the character of ‘Goose’ from the original 1986 action flick with Phillip’s distinctive hair colour to pun on a brand of vodka, they remarked: “#TopGun …. Grey Goose #callsign 😁👍🏻”

Read more: Phillip Schofield reveals how he once saved his dad’s life

Although it isn’t clear whether Phil was filming a segment for This Morning or not, it was clear the adventure left him feeling sky high.

He told his 2 million Insta followers: “What a total thrill!!! Flight in a Spitfire… and I flew it!”

“Apparently I have a very light touch,” he added in one image caption.

And on a short clip of another plane as it performed an impressive topsy-turvy maneouvre, a moved Phil noted: “What a stunning plane.

“Actually quite an emotional experience remembering all those young pilots.”

Victory roll into the sun. What a stunning plane, actually quite an emotional experience remembering all those young pilots #Spitfire

However, despite looking the part and playing pilot for the day, it seems unlikely Phil will be in charge of any long haul flights any time soon.

Instagram user @barbara07.bc teased the historic RAF plane might not make it to Oz and help him keep in touch with his This Morning co-host as she heads down under for I’m A Celebrity.

They said: “Wow, what a brilliant experience! However, I think it will take you too long to get to and from Australia to see Holly 😂🤣”

Fellow user @azwoldartist had a similar idea, commenting: “So your not flying @hollywilloughby over to Australia in that then? 😂 #iminaspitfiregetmeouttahere.”