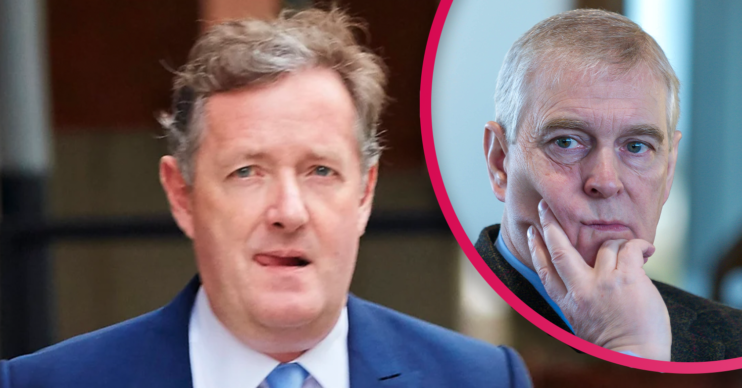 He took aim at the Duke of York on GMB

Presenter Piers Morgan mocked Prince Andrew as he issued a stark warning to the royal on today’s Good Morning Britain.

After the chat, during which Piers and Susanna slammed Laura for remaining a loyal friend to Ghislane amid reports of her alleged links with the Epstein scandal.

Following the interview, Susanna read out a statement regarding Prince Andrew.

She said: “Prince Andrew is not mentioned in the charges related to Ghislaine Maxwell. He has also strongly denied allegations made by Virginia Duffrey, which were struck from the record and dismissed as immaterial and impertinent by a US judge.

“Prince Andrew’s legal team have denied claims that he is deliberately avoiding and evading the US authorities investigating.”

You can stop feeling so bewildered.

Piers then said: “And that, what we just read, is a longer statement than anything Prince Andrew has made to the authorities in America about what he knows.

“My advice, if you’re in the business of issuing lengthy statements… why don’t you make a statement under oath to the FBI, about what you saw and what you knew, Prince Andrew?

“Then you can stop feeling so bewildered by anything. ‘Under oath’ tends to remove any bewilderment, because you are asked questions and you have to answer them truthfully.

“The best way to solve this, and remove the bewildering feeling, is to talk to them immediately.”

Claims the Duke of York he hasn’t cooperated with the Epstein investigation reportedly “bewildered” him and his legal team.

In June last year Geoffrey Berman, the US prosecutor heading up the investigation at the time, accused the royal of “falsely portray[ing] himself to the public as eager and willing to co-operate”.

But Prince Andrew’s legal team said he has made three separate offers this year to give a witness statement. A royal source, meanwhile, described Berman’s words as “frankly bewildering”, Huffington Post reported.