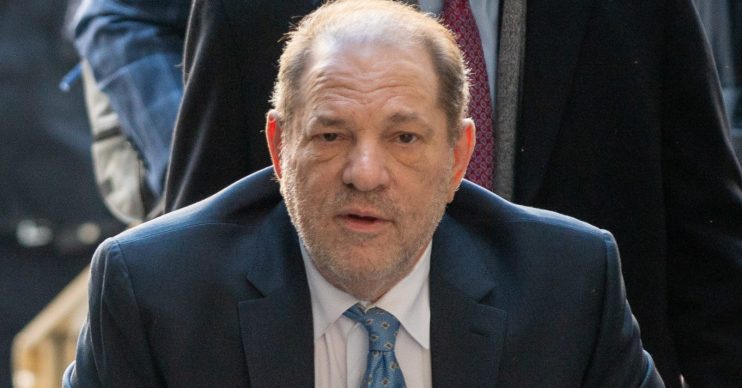 The six women who testified were all present

Disgraced movie mogul Harvey Weinstein has been handed a 23-year prison sentence after a court found him guilty of third-degree rape and a first-degree criminal sexual act.

The former Hollywood producer was given the sentence earlier today (Wednesday, March 11) by Justice James A. Burke, who presided over the trial at the State Supreme Court in Manhattan, New York.

What he did… stripped me of my dignity as a woman.

“He got drunk on power. He could take what he wanted knowing there was very little anyone could do about it.”

Miriam ‘Mimi’ Haleyi, Weintein’s former production assistant, was one of two women whose accusations formed the base of the trial.

Speaking to the court, Miriam said what happened left her feeling “stripped of her dignity”.

She explained: “I believe that when he attacked me that evening with physical force with no regard for anything I said, what he did… stripped me of my dignity as a woman.

“At the time all of this happened I thought I was alone in this, I had no idea there were others, I didn’t realise the extent of Harvey Weinstein’s manipulative and calculated predatory behaviour.

“[Please pass] whatever sentence is long enough for Harvey Weinstein to acknowledge what he’s done to me and to others and to be truly sorry.”

Weinstein, who was convicted of his crimes last month (February 24), arrived at court for his sentencing in a wheelchair.

His legal team had asked the judge for a sentence of less than five years, as they claimed Weinstein could die behind bars if he gets more than that.

His sentencing comes amid reports he said actress Jennifer Aniston “should be killed”.

As reported by Variety, court papers from the case have revealed that in October 2017, a National Enquirer reporter contacted Weinstein regarding a story alleging he had sexually assaulted the Friends star – and Weinstein had responded: “Jen Aniston should be killed.”

Representatives for the actress have since told Variety that the claims were false and Jennifer “has not been harassed or assaulted by Harvey”.