It's all kicking off in the house!

Controversial Ann, who is known for holding some unpopular opinions, was discussing the recent allegations about Hollywood producer Harvey Weinstein and the #metoo campaign on social media with Amanda when the debate started to get a bit heated.

“When it comes to the Harvey Weinstein bit, I think someone should have said, it’s not really worth it, darling. I’d rather not get the part,” Amanda said.

And Ann was quick to add her voice.

Journalist India Willoughby asked Amanda if she had even been in a situation where a director made it clear she would get a part if she “succumbed to his charms.”

“They always indicated that,” Amanda said with a shrug. “If you’re stupid enough to go to bed with someone because you want the part, you just don’t get it.”

Reality star Jess Impiazzi pointed out if it happened to her in an audition she’d be “terrified”.

But Ann and Amanda were unsympathetic. Ann said: “You say no.”

Keeping up with the Kardashians star Malika Haqq, though, added a different take, pointing out it wasn’t always aggressive sexual advances that women suffered.

“You never saw it coming,” she said. “It’s not always that obvious.”

And viewers took to Twitter in their droves to slam Ann and Amanda’s views, accusing them of “victim blaming”.

One viewer said it was: “Victim blaming at its finest.”

Another added that Ann’s viewers were “too outdated to be given a platform”. 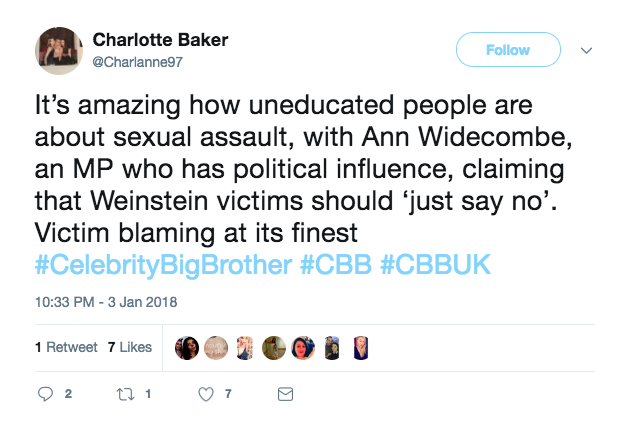 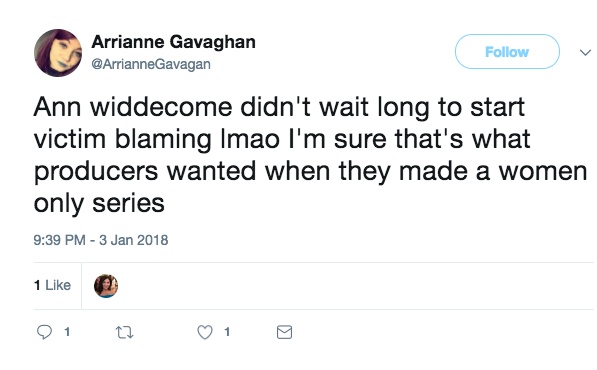 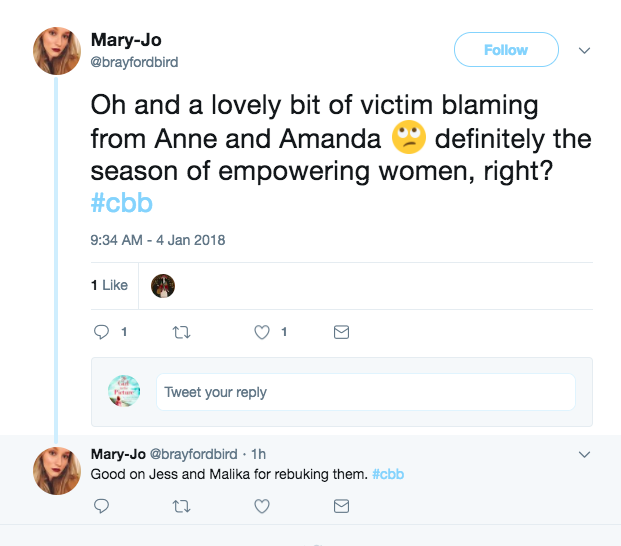 But it wasn’t all bad news. One viewer pointed out that despite some of the views that were shared, it was an interesting debate and good to hear people’s opinions “without screaming at each other”. 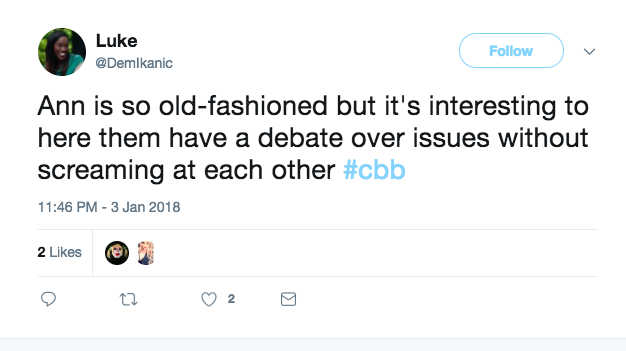 It looks like this series of CBB is going to be a good one!