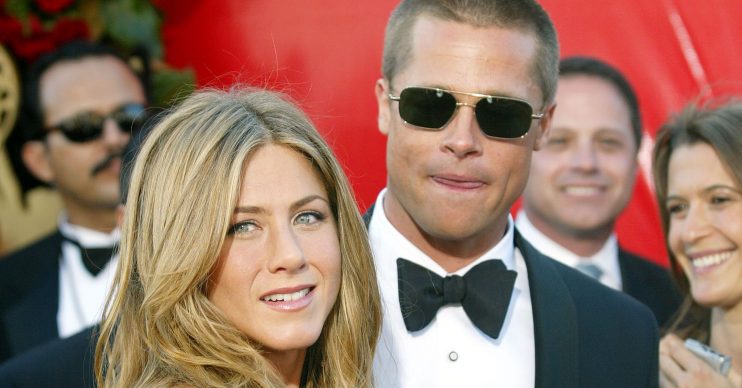 Hollywood stars Brad Pitt and Jennifer Aniston broke the internet this week (19.01.20) when they were seen interacting and holding hands at an awards ceremony.

And fans are convinced that Brad and Jen – married between 2000-2005 – spent the night together after the bash thanks to Jen’s morning-after snaps on Instagram.

The photos received a huge response from followers who wanted to know if the pair had spent the night together.

No wrinkles… harder than it looks! Somewhere between these two photos, my peers gave me a gift I will cherish and a night I will never forget. Thank you @sagawards, @themorningshow, and our incredible cast and crew. Let’s get back to work!

Brad, 56, and Jennifer, 50, both won awards at the Screen Actors Guild Awards in Hollywood, and the morning after Jen shared images with her award.

It wasn’t long before eager fans desperate for a reunion commented on the images.

Was Brad in there with you?

“Was Brad in there with you?” one asked.

Another said: “Did Brad take the picture?”

Another look at Brad Pitt watching Jennifer Aniston winning her statue for #TheMorningShow at the #SAGAwards pic.twitter.com/Wg6vQm8Q1z

The night before, their PDA caused fans to go into meltdown.

They were seen congratulating each other and holding hands after the ceremony had finished.

And Brad was seen in the green room intently watching Jennifer give her acceptance speech.

Fans rushed onto social media to voice their delight at the reunion.

Did you guys see the video of Brad watching Jen's acceptance speech back stage? Swoon. Maybe Brad and Jen getting back together could unite the country and heal us after these last few rough years. Do it for the country, guys. #JenniferAniston #BradJen #BradPitt

One fan said: “Maybe Brad and Jen getting back together could unite the country and heal us after these last few rough years.

Do it for the country guys.

“Do it for the country guys.”