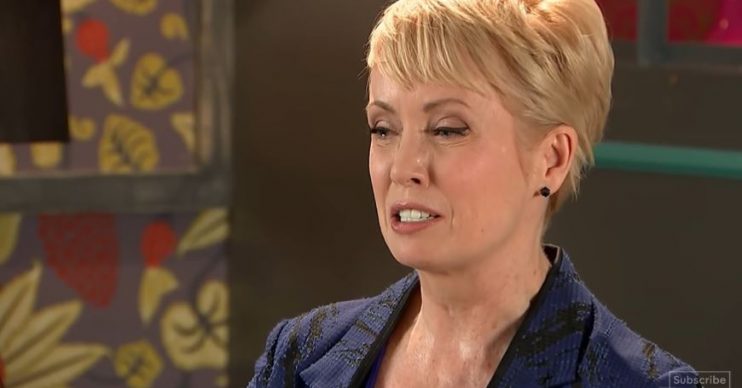 The allegations date back to the '80s

Actress and Hollyoaks favourite Lysette Anthony broke down as she recalled allegations she was raped twice by Harvey Weinstein.

The 56-year-old TV and film star, who plays Marnie Nightingale in the Channel 4 soap, alleged that the disgraced producer sexually assaulted and raped her – and admitted she still suffers from harrowing nightmares.

The allegations date back to the 1980s, when she alleges he came to her flat.

Lysette, who first met Weinstein when she was about 18, said: “I was sent out on my own to do a big press launch, that’s when I was made to go and have dinner with Harvey Weinstein.”

She said Harvey was a rock journalist at that point and told her he wanted to get into the film industry.

Lysette says she became friends with Weinstein, who has since faced accusations of sexual misconduct from dozens of women, which he denies.

But their friendship took a turn when he allegedly came to her home and forced himself on her.

Lysette claimed: “He knocked on the door, it was in the morning I only had a gown on. He pushed me against my coat rack and he raped me. He was heavy and fat and I was trying to get him off and [I was] giving up. And that’s that bit.”

He was heavy and fat and I was trying to get him off.

She alleges that he raped her again during Cannes Film Festival.

Lysette explained: “I remember bumping into him and him literally waddling after me and pushing me into my little [hotel] room… and raping me.”

She said she kept quiet about what happened because she felt ashamed and also feared losing her acting career.

She said, in an emotional interview with Channel 4 News: “But you know, again, what is anyone going to say if some aspiring actress is going to accuse someone in position of ability to change their world. ‘It must be her fault’. I was frightened of what he would do to me. I thought if I didn’t have a career, I would’ve lost my flat.”

Elsewhere in the interview, Lysette said she has nightmares about what she alleges happened.

She revealed: “I still have nightmares. I have nightmares of mounds of white, revolting flesh and skin with pores like bloody black volcanoes stuffed with crusted puss.”