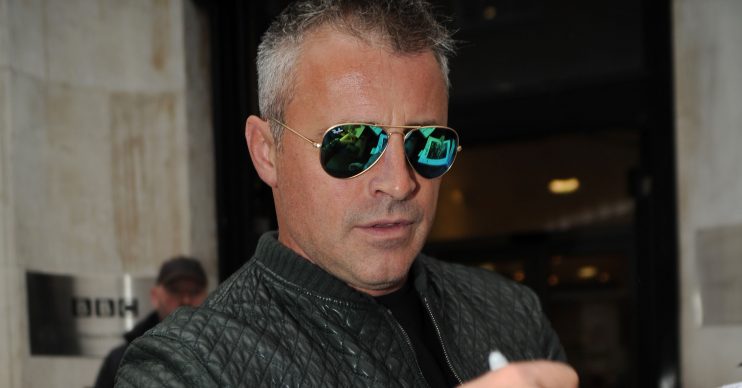 He had fans concerned

Each posted at the exact same time, but Matt’s post was nowhere to be found.

Some fans feared this meant he won’t be returning, with one user writing, “Guess Matt Le Blanc didn’t get the memo…?” and another commenting, “Wait, where’s Joey’s?”

However, the move seems to be in all good fun, as within the hour he posted a cast photo of the classic 1970’s comedy series M*A*S*H.

He still used the same caption as the other posts, ‘It’s happening… ‘, and the tongue-in-cheek photo sparked hilarity and appreciation amongst his celebrity pals and fans alike.

Seemingly poking fun at his character’s goofball and rather silly persona, several of his Friends cast mates jokingly called out his apparent misstep.

Jennifer Anniston posted: “Oh no… No no no NO LeBlanc! Could that BE more NOT what we said to post???”

Lisa Kudrow chimed in with: “Ha! They Do look like us…”

Fellow actress Reese Witherspoon couldn’t help but post a Joey catchphrase with: “How YOU doin’? *Sorry, I had to ….”

Fans seemed just as delighted with the quirky share, with one user writing: “Joey being Joey” and another, “He’s already in his character LOL”.

HBO confirmed with Variety on Friday that a one-off Friends reunion special will be released on HBO Max in May – when the new streaming service launches.

Sources confirmed to the entertainment news source that each Friends cast member will receive a pay check of at least $2.5 million (£1.2 million) each.

What do you think of Matt’s antics? Share your thoughts with us on our Facebook page @EntertainmentDailyFix.