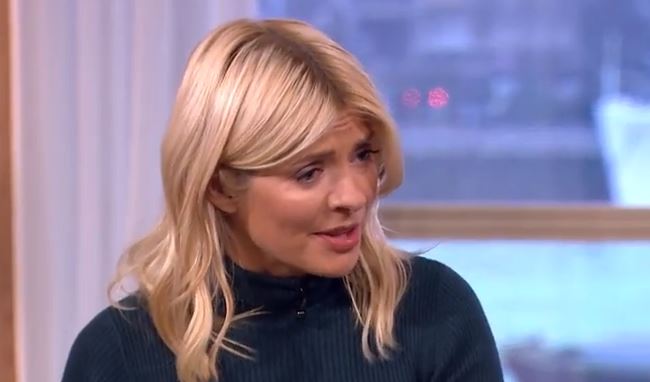 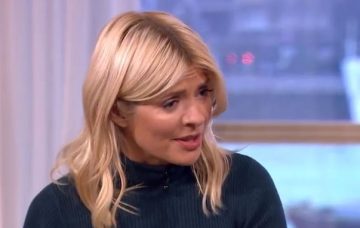 Holly Willoughby hits back at This Morning guest’s controversial comments

TV presenter had her say during important debate

Holly Willoughby took a stand on today’s This Morning while voicing her opinion on inappropriate behaviour.

The mum of three spoke out in response to a guest who suggested the #MeToo campaign and recent sexual harassment campaigning was at risk of becoming a ‘witch hunt’.

Holly and Phillip Schofield were interviewing columnist Anne-Elisabeth Moutet, who is among a group of French women who have signed an open letter voicing concerns that men could be victimised for clumsy flirting.

Read more: Holly Willoughby shocked as guest reveals she kissed a frog and got hepatitis

Anne-Elisabeth said: “Rape is a crime, sexual harassment is a crime. We are not condoning any of this. We are not against anything like the reporting on Harvey Weinstein and the incredible piece of journalism that first unveiled the testimony of 13 women whose careers had been broken by someone like Harvey Weinstein.

“We are not saying that’s wrong. What we’re saying is what followed was #MeToo, in more ways than one, and we are risking a social media lynching of everything at the same time.

“People who are genuinely guilty of something actionable by law and people who are trying to navigate, possibly clumsily, the throes of men and women’s relationships.

“They should not all be lumped together.”

Holly suggested that #MeToo was a positive thing, saying: “It’s the first time some women have had a voice.”

But Anne-Elisabeth said she believed women had a voice before.

Anne-Elisabeth also objected to women being viewed as meek or feeble.

Phillip then intervened to quiz Anne-Elisabeth on what’s acceptable and unacceptable from a man’s point of view.

She replied: “To some extent the things that are really unacceptable are enshrined in law and the rest of it, if you don’t know by yourself, this is your problem rather than my problem.”

But Phil argued: “It’s not really as someone will put my name on social media with the hashtag #MeToo because I put my hand – which I have not – inappropriately on someone’s knee.

“So it’s not down to me to decide what’s acceptable. It’s down to the women who will out men on social media with that hashtag.”

Anne-Elisabeth said Phillip had made a good point and questioned where to draw the line between inappropriate behaviour and men who are just trying to flirt with women.

Holly then chipped in: “For me, it’s quite clear. If you’re a normal human being you know what’s appropriate and what’s not appropriate. I think what we are talking and what this does is protect the very vulnerable ladies.

“If you’re strong and can handle yourself, perfect, that’s fine. Great. This campaign isn’t for you. But for those many women who aren’t and are vulnerable, I think it’s a good thing to do whatever it takes to help those women get help.”

Anne-Elisabeth stressed during the interview she firmly believes that rape and sexual harassment are crimes and anyone guilty should be held responsible.

The open letter, also signed by French actress Catherine Deneuve, argues the recent wave of sexual harassment scandals can risk targeting those men who are trying to “clumsily” seduce someone they fancy and spiral into a witch hunt.

It was certainly a topical This Morning debate with some viewers siding with Holly.

Others agreed with Anne-Elisabeth’s stance.