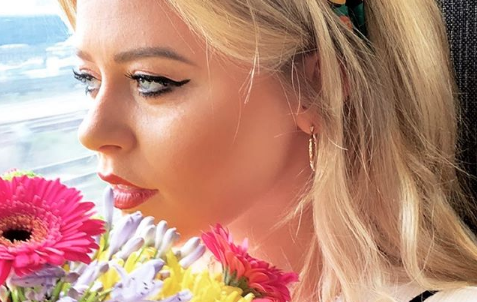 She said the show helped boost her self-confidence

Comedy actress Emily Atack has admitted she was stuck in a rut before heading to the I’m A Celebrity jungle.

The 29-year-old Inbetweeners favourite told the Daily Star Sunday her time down under on the ITV reality series helped rejuvenate her following a split that left her with a broken heart.

She is reported to have told the tabloid: “I was going nowhere. I had to take the reins of my life again.”

Since finishing in second place to King of the Jungle Harry Redknapp on the show, Emily has enjoyed an upswing in her career – including fronting her own fashion range.

The ex Dancing On Ice contestant also revealed her love life has likewise enjoyed a boost, even though boyfriend Rob Jowers was not familiar with her as a celeb when they met.

“He insists that he didn’t know who I was when he saw me,” she added to the Star.

“We just chatted and we’ve been together pretty much every day ever since.”

Emily, who said previous romances have left her feeling “ill” because she wears her heart on her sleeve, also told the news outlet she credits I’m A Celebrity for helping increase her self-confidence.

Just a few weeks ago she was forced to deny rumours to her fans that she had got engaged to her new man.

The confusion arose after she shared a selfie that seemed to show her wearing an engagement ring.

While the ring appeared to be on her left hand, in reality the image had been reversed by the forward-facing camera on her phone – meaning the ring was actually on her right hand.

She confirmed to her fans: “I’m not engaged. The picture had flipped around, like it does.

“I have a ring here on my right hand, which is the other side.”