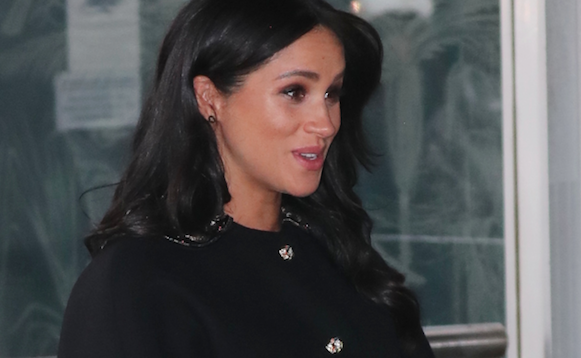 Meghan Markle ‘could hibernate for a month’ after Archie birth

She is believed to have got the idea from a book

The Duchess of Sussex Meghan Markle may isolate herself for 30 days following Archie’s birth as part of a Chinese postnatal practice, a newspaper report has claimed.

Meghan, 37, is said to be interested in the notion of ‘postnatal confinement’ after her mum Doria Ragland sent her a book about it.

The royal baby’s birth was announced last Monday. But The First Forty Days: The Essential Art of Nourishing the New Mother recommends new mums avoid visitors or interacting with the world, beyond a small circle of people, in order to bond with their children and focus on their own wellbeing.

A source is reported to have told the tabloid: “Doria has been speaking to Meghan constantly throughout her pregnancy, and couldn’t have been more supportive.

“She was recommended this book, read it, and then sent it to Meghan who said it had become her ‘bible’ – she wants to adopt the key principles in as much as her royal status allows.

“Obviously she cannot shut herself off completely from the outside world but she and Prince Harry are in agreement that her visitors in the first two weeks will be family members only.”

According to The Sun’s website, Meghan is not booked in for any public engagements until the end of October, when she is scheduled to appear at the One Young World summit in London.

However, speculation she may join Prince Harry for Trooping the Colour on June 8 has not been confirmed.

The practice of ‘confinement’ is said to be widely adopted in Asia – with some specialist hospitals in China believed to encourage mothers to spend only a short amount of time daily with their babies.

It is also thought that women avoiding showering for the first month of being a mum is also common, in order to assist bonding with the baby.

It was recently reported that senior royals such Prince Charles, Prince William and Kate Middleton are yet to be introduced to Archie.

However, the Queen, Prince Philip and Doria were pictured meeting the seventh-in-line to the throne on Wednesday.