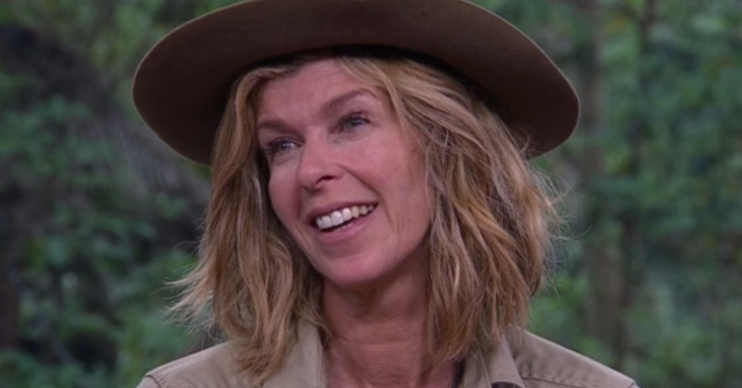 Kate had already been interviewed when apparent blunder occurred

Breakfast TV presenter Kate Garraway only just missed out of making it to the final three of this year’s I’m A Celebrity when she was booted out of the show last night.

But some viewers may have thought she will still in the running to be crowned Queen of the Jungle following a telly production ‘blunder’.

Kate had already left the camp and had her exit interview with Ant McPartlin and Dec Donnelly when the apparent error occurred.

The hosts went on to plug the vote for the series winner – and Kate popped up on screen among the potential jungle contenders to triumph!

Despite being axed moments earlier, footage shown alongside the voting details included the 52-year-old contestant.

She was seen sitting on the camp leader’s throne with the rest of the group as the phone numbers to back either Jac Jossa, Andy Whyment or Roman Kemp were revealed to those watching at home.

Her confusing appearance in the camp suggests the inset, muted shots are pre-recorded, rather than a live feed.

Many fans were sad to see Piers Morgan’s pick to win leave before the final stage of the 2019 series.

But Kate herself seemed unperturbed by being booted out, immediately shrugging to her fellow celebs as her name was announced: “Fair enough.”

The bookies reckon Coronation Street actor Andy is the favourite to be declared the winner during tonight’s final.

Kate Garraway's time in the jungle has come to an end after 22 days. Kate tackled all her biggest fears and showed the world how much of a star she really is. ⭐️ #TeamKate #ImACeleb #ImACelebrity #KateGarraway