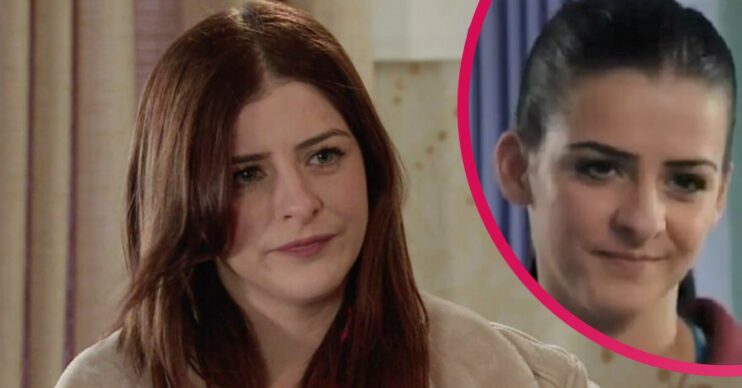 Who plays Lydia in Coronation Street? What else has Rebecca Ryan been in?

The actress has been in Emmerdale and Casualty

But if the actress is a familiar face it’s because you may have seen her before in Casualty or Emmerdale or Waterloo Road.

Rebecca has certainly made a name for herself in Soapland, so here’s everything we know about her and about Lydia in Coronation Street.

Who is Lydia in Coronation Street?

Lydia is the PA of someone Sarah Barlow is dealing with at the factory. Lydia’s boss, Gavin, is a bit scary, but fortunately it seems Lydia can handle herself – and him.

She helps Sarah out of a tight spot with Gavin in her first scenes on Friday, December 10, and then comments Sarah may be pregnant.

As Sarah and husband Adam Barlow discuss the possibility of having kids of their own, it seems all is rosy in their garden.

But Lydia could be about to put a stop to that…

How does Lydia know Adam Barlow?

When Sarah and Lydia meet up with Lydia’s son, Finn, for a drink at the Christmas market, Sarah’s thrilled to introduce her new friend to her husband.

However it soon becomes clear Adam and Lydia know each other already.

Lydia admits she and Adam had a relationship before quickly leaving. Adam is then forced to confess it was at university years ago and he can barely remember it.

Sarah’s not happy, but decides to keep seeing Lydia.

However, when she makes a comment to Lydia that she’s glad Lydia hasn’t let her meaningless fling with Adam spoil their friendship, it’s clear Lydia isn’t impressed.

It looks like there was definitely more to it than just some teenage fun – so what exactly went on between Adam and Lydia? And will it affect Sarah and Adam’s marriage?

Who plays Lydia in Coronation Street?

Lydia is played by Rebecca Ryan. Manchester-born Rebecca, 30, is joining her brother on the cobbles, Jack James Ryan.

What else has Rebecca Ryan been in?

Rebecca was the first actress to play Carly Hope in Emmerdale, before Gemma Atkinson took over the role. Rebecca appeared as one of Bob Hope’s many children in episodes in 2006.

She went on to star as Vicki MacDonald in BBC school drama Waterloo Road.

After small parts in Casualty over the years, she eventually joined the main cast in 2017 as Gemma Dean, the sister of paramedic Iain Dean.

Gem left in August 2019 after decided to swap working in the ED for a life abroad.

Rebecca has also starred in various episodes of Doctors, most notably for five-episode story as Ellie McCall.