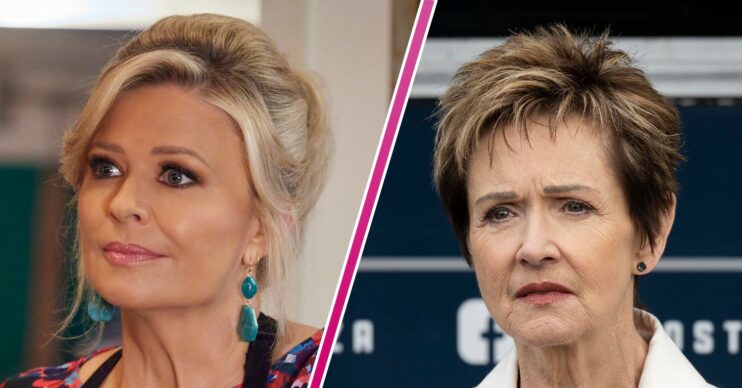 Adverts for Home and Away were shown during the Neighbours finale

Neighbours fans were fed up with adverts for Home and Away during last night’s finale episode.

Earlier this year, Neighbours was axed by Channel 5 after 37 years and it aired its last ever episode on Friday, July 29.

However, the channel chose to show trailers for Home and Away during the finale episode’s ad breaks and fans thought that was just not cool.

Even though the decision to show the ads were those of the channel, not Home and Away itself, fans weren’t impressed.

Even Pointless host Richard Osman joked on Twitter Home and Away was ‘trolling’ Neighbours.

‘Home & Away’ trailing new episodes during the #NeighboursFinale is basically trolling.

Other fans definitely agreed – and weren’t feeling as lighthearted about it as Richard!

One deemed Channel 5 “cruel” and another said they were “rubbing salt into the wound”.

#NeighboursFinale #neighbours well that was brilliant. Had a wee tear, But I wish they would stop showing f£&#ing #HomeandAway adverts, talk about rubbing salt into the wounds.

Still can’t believe the balls of the #HomeAndAway advert during the #NeighboursFinale. Woke up thinking about it. #Neighbours https://t.co/pQ7W2xMUrr

That Home and Away ad straight after Neighbours ended was cruel. That’s the show that should’ve ended and it’s taken the Neighbours 1.45pm spot! #Neighbours

Enough with the Home & Away ads, Channel 5… too soon, too soon. #Neighbours #NeighboursFinale

Is Home and Away being axed too?

Home and Away fans have been left wondering if the Aussie soap will also face the axe following Neighbours ending.

When asked if Home and Away was under threat of the axe, Ben said: “No.

“But I think it will be interesting to see what we do with it as we evolve. There might be somewhere else to put it in the 5 spectrum.”

He added: “But it’s a life-of-series deal, so it’s not going anywhere until the makers decide to cancel it.”

However, it has had its time slot moved. The soap will now occupy Neighbours old lunchtime slot of 1.45pm instead of it’s usual 1.15pm.

Read more: Why did Home and Away kill of Ari Parata?

Channel 5 Home and Away Neighbours