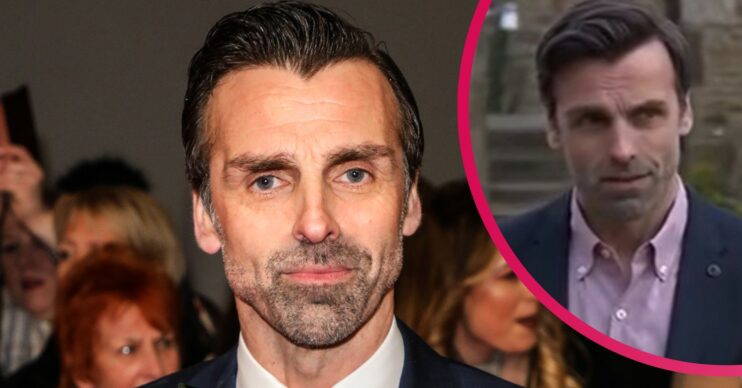 The actor has a new passion in life

Emmerdale star Jonathan Wrather has revealed he has a new career – but fans are still convinced he is returning to the soap.

The actor, 51, has played rapist killer Pierce Harris on the ITV soap on and off since 2016.

A post shared by Remedy on the Park (@remedyonthepark)

But off screen it’s been much different for actor Jonathan as he has now switched careers.

Instead of acting, Jonathan is now selling his juices from a van after becoming inspired during lockdown.

He opened Remedy on The Park earlier this month in Alderley Edge where he has lived since moving out of London.

He told The Sun: “Moving to Alderley Edge from London five years ago with a young family, we spent a lot of time in the village park.

“I began juicing and became intrigued by the health benefits that can be gained from drinking raw cold pressed fruit and vegetable juices.

Is Pierce Harris returning to Emmerdale?

“As an actor who has spent long periods away from home, touring or away on set, I know it’s not always easy to eat well and look after myself.

“I bought a juicer and began researching and reading religiously about nutrition and juicing.

“It was a timely and obvious way to help safeguard my health, and not least that of my children.”

However while Jonathan is now passionate about his new career – fans are sure he’s making a comeback.

With Chloe Harris being tormented by her as-yet-unseen behind-bars dad – Emmerdale fans are sure it is Pierce.

One said: “I think Pierce Harris is her dad.”

A second said: “Her dad’s a criminal who’s in jail. I think it might be Pierce (Rhona’s ex) his last name is Harris.”

A third said: “Emmerdale Chloe HARRIS.. only other Harris I know (who just so happens to be in prison) is Pierce Harris.”