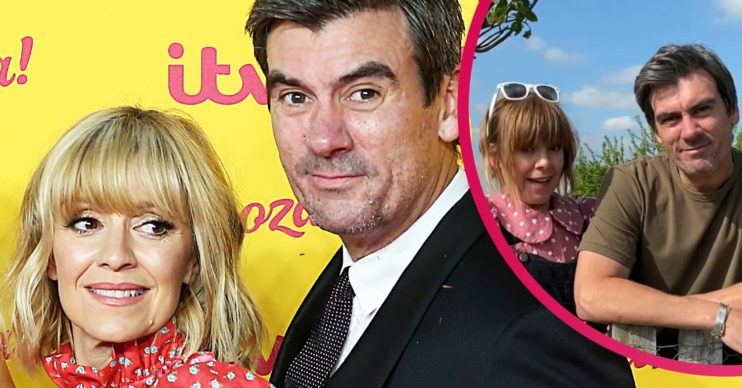 Their produce has been making a splash

Emmerdale stars Zoe Henry and Jeff Hordley have definitely been working hard down on their allotment and it shows!

Rhona Goskirk actress Zoe has once again shared their latest bumper crops with her Twitter followers and it looks amazing.

Zoe posted a picture on Tuesday (July 14) and the Emmerdale star captioned it: “Tuesday fun.”

And it certainly had fans’ mouths watering.

What did Emmerdale fans say about Jeff Hordley and Zoe Henry’s produce?

Zoe’s followers were suitably impressed with the results of the couple’s hard work.

“You should have your own gardening show… all of your veg looks delicious,” said one.

A second added: “You make me so jealous look at the vibrant colours.”

Someone else agreed: “Your crops always look amazing. I’m surprised you don’t move and get a bigger plot, maybe a small farm. You’re both 100 percent green fingered.”

It seems it was the cauliflowers that really caught people’s eyes.

“Your cauliflowers are amazing Zoe. Ones in the shops have been both small and not very good quality. Well done!” said one more.

Another wrote: “Gosh those cauliflowers are amazing well done both.”

“Those caulis are amazing,” agreed someone else.

Emmerdale actress Charley Webb, who plays Jeff’s on-screen daughter Debbie Dingle is one of the people making the most of Zoe and Jeff’s produce.

She recently shared a picture of her Sunday roast and said it almost entirely came from her co-stars’ allotment.

And it definitely looked yummy!

Even Zoe has shared she’s shocked at their own handiwork. Last month she posted a picture of what they’d picked for their dinner and said it “never ceases to amaze” her that they’ve grown the veg.

Sunday’s picks (and our dinner!) Even though we’ve grown our own for years it never ceases to amaze me that WE GREW THESE!! Nature is amazing. 🥦🥬💚 pic.twitter.com/fWOdr6mzYY

Fans agreed, with some suggesting the pair open their own shop or start a delivery service!

One wrote: “These look great you should open a shop up.”

“Looks fantastic, do you deliver?” queried a second.

“You should supply Morrisons!” joked a third.

Zoe and Jeff teach the basics

Zoe and Jeff are now back at work on Emmerdale after they returned to filming. However, during lockdown while Emmerdale wasn’t filming, Zoe and Jeff took part in the BBC’s Celebrity Supply Teachers series.

They did a 10-minute video teaching children about gardening and growing your own lunch.

Emmerdale is on Monday, Wednesday and Friday at 7.30pm on ITV.

Do you have an allotment? Leave us a comment on our Facebook page @EntertainmentDailyFix and let us know!