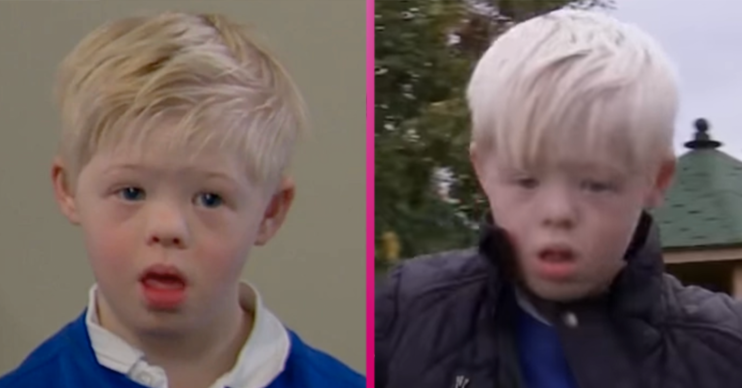 Emmerdale star Harvey Rogerson, who plays Leo, enjoys day out at the beach

Emmerdale star Harvey Rogerson, who plays Leo Goskirk in the soap, has enjoyed a day out at the beach.

Pictures of Harvey were posted to his Twitter account showing the young boy enjoying the quiet beach.

Alongside the photos the tweet read: “When your hair matches the beach #ourlittleblondie #happyboy.”

One wrote: “Adorable, hope you’re having a good time.”

A second tweeted: “Hope you’re having loads of fun Harvey. Build the biggest sandcastle you can, then jump on it. enjoy young man x.”

A third added: “Looks like you’re having a fab time.”

Recently, the actor remembered when he was asked to open his new local Morrison’s supermarket.

Back in March, Harvey’s mum made the decision for him to go into self-isolation. The decision was made because Harvey, who has Down’s syndrome, is “more vulnerable due to suppressed immunity”.

However, Harvey continued to make some incredible achievements in lockdown.

He learnt to ride his bike without stabilisers and was given an excellent school report.

When will Leo be back on-screen?

Currently, children are unable to film on soaps as they require a chaperone on set.

This means Harvey and other young actors, including the famous Flanagan siblings, haven’t yet returned to work.

It has not been revealed when they will be allowed to return.

But it’s not just younger actors who are unable to film. Older cast members and those with health problems are also not allowed back to work just yet.

Recently actress Claire King, who plays Kim Tate in the ITV soap, revealed her alter ego is off-screen due to her arthritis.

The actress, who was diagnosed with the condition when she was 28, explained it made her immune system compromised and she’s waiting to be written back into the show.