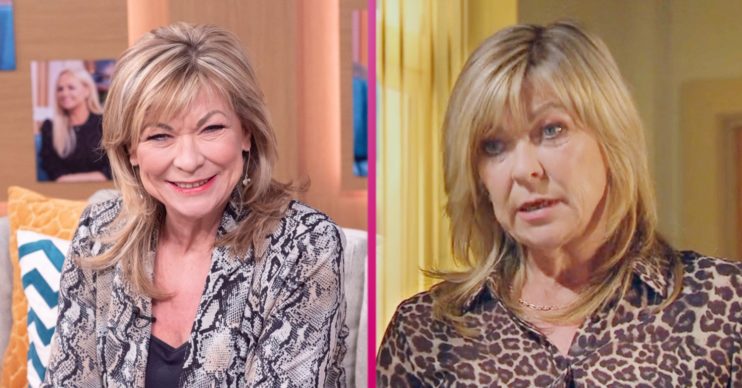 Kim Tate is currently not in the ITV soap

Claire still hasn’t returned to filming at the ITV soap after having to shield for 12 weeks.

The 57-year-old actress, who has suffered from rheumatoid arthritis after being diagnosed aged 28, wasn’t able to go out during the coronavirus lockdown, and she is still waiting to head back to work.

Why is Claire King not back at Emmerdale?

Speaking to OK! magazine, she said: “I have arthritis, so my immune system is compromised, which makes you more at risk of catching the virus.

“I’m not back at Emmerdale yet, so it’s a case of waiting to be written back in.”

The soap star, who played Kim for a decade between 1989 and 1999 before returning in 2018, admitted her condition can impact her work on the ITV show, but the team “look after” her.

I have arthritis, so my immune system is compromised.

She explained: “When I get a flare up, it’s not nice and it does make you feel very tired. If I’m on location in winter, the cold feels like it gets to your bones.

“Often people don’t see it as an issue because you aren’t in a wheelchair or limping, but they look after me on the show and give me more indoor scenes during winter.

“I have to have my buttons done up for me by the costume people now, and I can’t wear killer heels any more! You’ll notice Kim mostly wears riding boots now.”

Where is Kim Tate?

Kim was on-screen in recent episodes that were filmed before the UK lockdown. Her absence now has been explained by other characters saying she’s away from the village.

How old is Claire King?

Claire joked she isn’t happy about getting older, but her priorities have changed as she approaches her 60th birthday in 2023.

Asked if she embraces getting older, she laughed: “No, not really. But there is not a lot you can do. Time passes and it does for everybody.

“I value things like friends, family and trying to be a nice person far more than I value how I look, because looks fade but the other things don’t have to.”