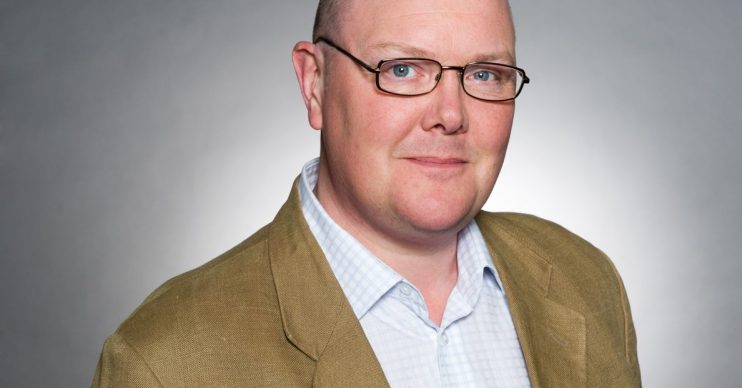 Has Paddy made the same mistake twice?

Emmerdale sees yet more drama heading for Chas Dingle and Paddy Kirk next week when their daughter, Eve, is left alone again.

Although it’s only for a short time, Paddy flies off the handle and starts to panic. Have the events of the last few weeks affected him more than he realises?

Emmerdale fans have watched Paddy and Chas got to hell and back after they lost their daughter, Grace, shortly after she was born.

But the pair soon found a light at the end of the tunnel when Chas fell pregnant again with another daughter.

The couple recently welcomed Eve into the world and they have been doting parents ever since.

However, Paddy recently found himself in trouble when he accidentally left Eve in the car while taking Marlon to hospital.

In Paddy’s defence, he was saving Marlon’s life as he suffered a heart attack… but Chas understandably didn’t see it that way.

By the time Paddy realised he’d left Eve in the car, someone had found her and taken her into the hospital.

Thankfully Eve was fine… but Chas was beside herself that things could have been very different.

Paddy’s guilt at leaving Eve has eaten away at him, but the pair have reunited and convinced social services they’re good parents.

Paddy’s mistakes continue to haunt him…

But next week sees recent history repeat itself when Bear is supposed to be looking after his granddaughter.

Still feeling awful about accidentally abandoning his daughter, Paddy is still on edge when it comes to Eve.

And next week he overreacts hugely when Eve is left by Bear while he goes to help David.

Although Eve is only alone for a short time, Paddy flies off the handle, leaving Bear completely bemused.

Is the guilt of what he did going to haunt Paddy for ever?

It now airs three episodes a week on Mondays, Wednesday and Fridays at 7pm on ITV.

Do you think Paddy is right to shout at Bear? Leave us a comment on our Facebook page @EntertainmentDailyFix and let us know what you think!