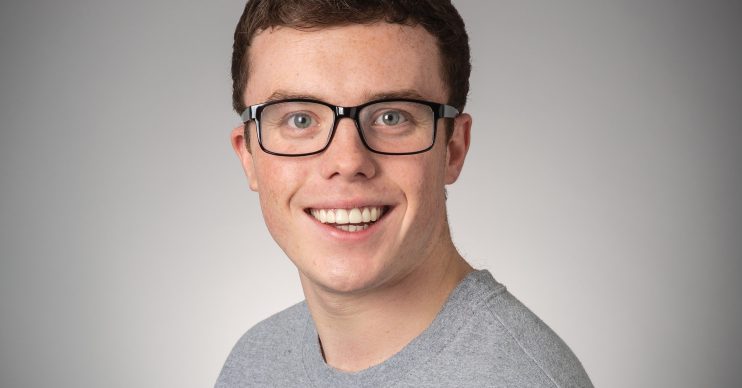 For his first video, Bradley played the keyboard and sang “Isn’t she lovely?” by Stevie Wonder.

He tweeted alongside the video: “Bit of a sing song on a… what day is it again? #cover #selfisolation.”

Bit of a sing song on a….. what day is it again?! #cover #SelfIsolation pic.twitter.com/FT81p4uqhP

His Emmerdale co-stars and fans rushed to compliment Bradley’s voice.

Read More: Does Cain die in Emmerdale? Jeff Hordley discusses ‘end of the line’ for his character

One fan commented: “Wow stunning, absolutely amazing, what a voice you have.”

A second said: “Your voice is amazing!”

Bradley later posted another cover of Champagne Supernova/Don’t look back in anger by Oasis on Twitter and uploaded a full video to Instagram.

Here is my #coveroftheday by @oasis

Although Bradley’s voice comes as a shock to many fans, it’s no secret he’s very talented.

Before being cast in Emmerdale, Bradley appeared on BBC talent show Let It Shine in 2017.

He told the panel he had been singing since he was five and received a stand ovation after his moving performance.

Who is Vinny in Emmerdale?

Although Bradley has played Vinny for a year, viewers have only just learnt his back story.

A couple of months ago it was revealed Vinny isn’t Mandy Dingle’s son.

Starting to feel guilty lying to the Dingles about being blood related, he told Sam, Lydia and Samson that he’s not technically Mandy’s son.

Read More: 8 huge spoilers from Emmerdale next week including Brenda’s ‘killer’ cover up

Mandy told her family how she first met Vinny when he was nine months old, as she went on a first date with Vinny’s dad Paul.

She moved in with Paul very quickly and they were all happy for a few years.

However Paul eventually left them, leaving Mandy with the tough choice to either put Vinny in care or raise him as her own.

She made the decision to look after Vinny, however she couldn’t legally adopt him.

Sam soon accepted Vinny as a Dingle and welcomed him to the family.