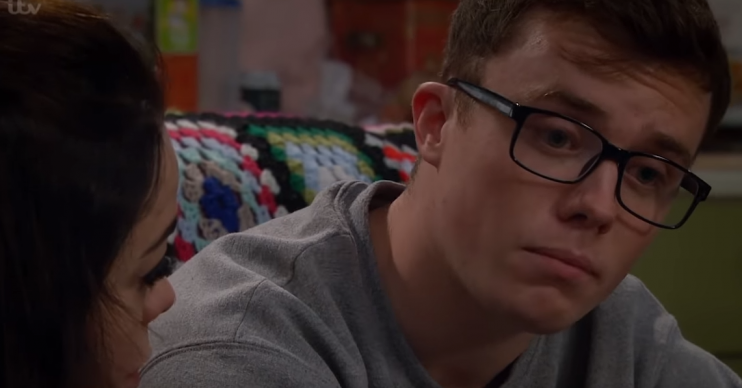 Actor Bradley Johnson has kept Emmerdale viewers guessing ever since he arrived in the village as Vinny.

The villagers believe he’s Mandy Dingle’s son, but soap fans discovered this week that she isn’t his mum after all.

Since the revelation, at the end of a bizarre flashback episode, some viewers have declared they don’t care who he is, while others have been speculating wildly about his connection to the villagers…

In the meantime, you might have been wondering just where you’ve seen the actor before – and it might surprise you!

In fact, Bradley Johnson is both an actor AND a singer, and was a finalist on BBC talent show Let It Shine.

He told the panel: “I’ve been singing since I was five. Singing is my passion and it’s something that I’d love to do.”

Singing is my passion and it’s something that I’d love to do.

Prior to this, Bradley had a role in the BBC series The Syndicate.

He played Noah Stevenson in the show for four episodes.

The talented 21-year-old has also appeared in Harriet’s Army, Shameless, Five Days, and And When Did You Last See Your Father?

In upcoming scenes in Emmerdale, Vinny risks his identity being exposed when he takes a shine to his ‘cousin’ Belle Dingle.

She said: “I think Mandy is itching to go.

“But Vinny takes a shine to Belle, as we see, and I’m like ‘oh don’t embarrass yourself, come on’, especially with the family not knowing that he’s not blood now as well.”

Will Vinny be able to keep his feelings for Belle in check?

Did you recognise Bradley Johnson Let us know on our Facebook page @EntertaimentDailyFix.