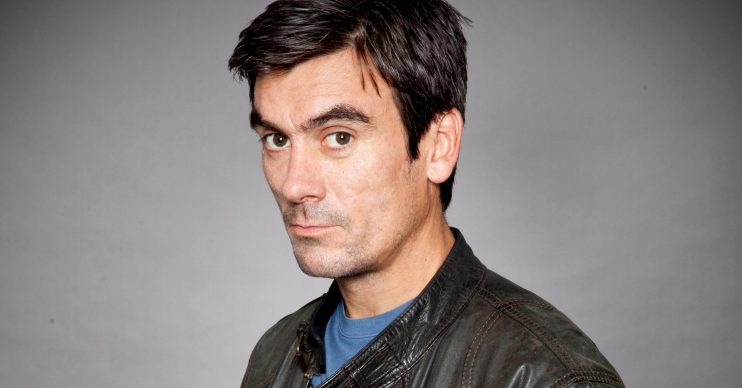 Does Cain die in Emmerdale? Jeff Hordley discusses ‘end of the line’ for his character

DI Malone is proving to be a challenge for Cain

Emmerdale’s Jeff Hordley has discussed the “end of the line” for Cain Dingle amid his storyline with corrupt copper Detective Inspector Malone.

At the moment, Cain’s life has taken a huge turn after getting caught up in Will Taylor and DI Malone’s illegal activity.

Now in a fued with Malone himself, it looks like there could be some terrible consequences.

Speaking to ED! and other media at a recent press day, Jeff explained: “Cain gets involved and Malone’s got connections and has always got his back covered because he knows people higher up because he’s in the force.

“He’s so bent he can make things happen and wriggle out of things. Whatever hurdle Cain is trying to get over, there is always another one Malone will throw at him.

“I don’t know if the story pushes forward with other characters or whether I carry on with it. Jane is secretive about where stories are going otherwise it’s like Chinese whispers with the cast. It’s savvy.

He added: “I’ve enjoyed playing Cain it’s been a huge part of my life. I’m very close to him and protective over him.

“But inevitably there will be a day where the scriptwriters or producers say it’s the end of the line.”

DI Malone has proved he’s a force not to be reckoned with.

After Cain tried to warn Malone off Will, Malone smashed up Cain’s garage and killed Moira’s prize bull. But could he take down Cain Dingle?

What’s next for Cain and DI Malone?

Next week, Will double crosses Cain. Cain tells Will he needs to pick a side and reveals he’s getting rid of Malone once and for all.

But Cain is fuming when Will takes the 4×4 that he was keeping as leverage against Malone.

The next episode of Emmerdale airs at 7pm tonight on ITV.

Emmerdale’s scheduling pattern will be changing due to the coronavirus pandemic, and will air Monday, Wednesday and Friday at 7pm on ITV from Monday, March 30.