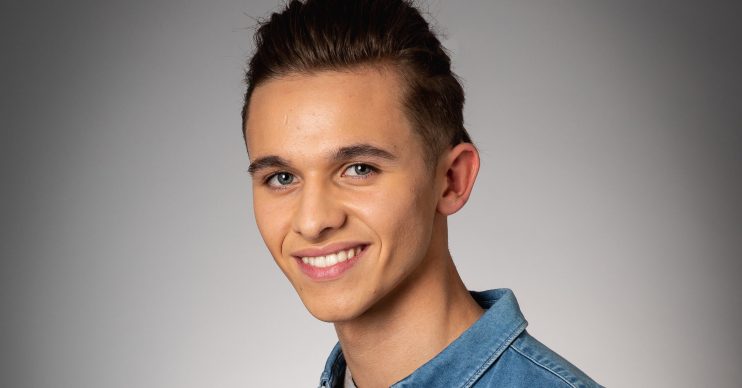 Jacob has had long hair for quite some time!

For a long time, viewers weren’t keen on Jacob’s long-haired look and, back in August last year, he decided to start tying his hair up in a bun.

In January he went for the chop, but now he’s gone even more drastic with a very ‘bouffy’ top but very short on the sides.

However Jacob’s new do left Emmerdale fans divided. Some love it…

#emmerdale glad to see Jacob with a proper haircut

Jacob has finally got a haircut & got rid of that ridiculous ponytail! #Emmerdale

Others on the other hand, weren’t so keen.

Geez!! What has happened to Jacob's head 😱 #emmerdale

#Emmerdale Jacob's hair has gone from silly to silly!

Geez!! What has happened to Jacob's head 😱 #emmerdale

After last night’s episode, viewers were convinced that Jacob is baby Theo’s dad.

In the episode, the villagers gathered for Theo, Eve and Harry’s joint christening.

As they went to the church, David told vicar Harriet he hadn’t received his parental responsibility from the courts.

But when he got home, he was surprised to see his parental responsibility order had arrived.

As he looked at Jacob, he said: “It’s official, I’m his dad” leaving viewers wondering if David really is Theo’s father.

Could Jacob be Theo’s dad in Emmerdale?

After she was released from prison, it was revealed to viewers she was pregnant.

On Christmas Day she left the tot on David’s doorstep and later Jacob and David both took a DNA test.

David then asked Dr Liam Cavanagh to ensure the results said he is the father, no matter what.

Despite Liam’s refusal to change the results, viewers can’t help but wonder if David really is Theo’s dad.

The next episode of Emmerdale is tonight on ITV at 7pm.